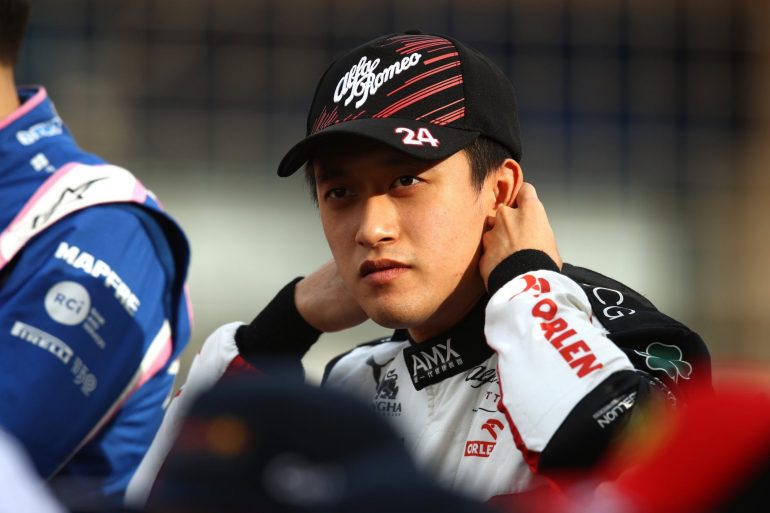 Guanyu Zhou became the 66th driver in Formula 1 to achieve what many dream of: scoring points on debut.

The Chinese driver started his rookie season in the Alfa Romeo from 15th place. The prospect of points was rather slim at the beginning of the race in Bahrain.

Nevertheless, Zhou fought in the midfield against Mick Schumacher and, at times, the two McLaren.

When a safety car was sent out shortly before the end of the race because Pierre Gasly’s Alpha Tauri caught on fire, he was in 13th place.

The restart went well for the young driver. He overtook Schumacher for 12th. When both Red Bulls had to retire, he finished the race in 10th place and scored his first Formula 1 point.

Zhou had mixed feelings about the season opener:

“It’s amazing, I’m so speechless. It was an emotional race, so intense, not physically, mentally.

“To be scoring my first ever Formula 1 points in my debut is something I would only dream of one year ago, or two weeks ago.

“Everything comes so quickly, I’m just so happy, so proud of the team behind me.

“I’m proud of my team-mate, we worked so hard together to maximise the car. It’s a huge reward for us and a day that I’ll never forget for a long time.”

However, Zhou’s race did not go smoothly, with the Alfa Romeo showing problems in the corners.

“Once I had a problem at Turn 1, I had to go into neutral, restart everything, some strange stuff,” he said.

P10 on my @f1 debut, man I could have only dreamed about that… I have no words. 🥺 Thank you. ❤️#BahrainGP #TeamZHOU pic.twitter.com/fEokyCBgkL

Zhou showed his enthusiasm and talent for motorsport.

“I knew my chance was very low to get into the points, so I was fully attacking, eyes forward. Even when Lewis [Hamilton] came out on the Hards, I overtook him.

“I knew he was much quicker, but every opportunity, I couldn’t miss to gain that gap that I lost.

“It really means so much that all of this happened. I think I deserve to be here and today I showed that. It’s a big relief.”

How the journey continues for Zhou is likely to remain exciting. For now, he has mastered his first race as a rookie with flying colours.