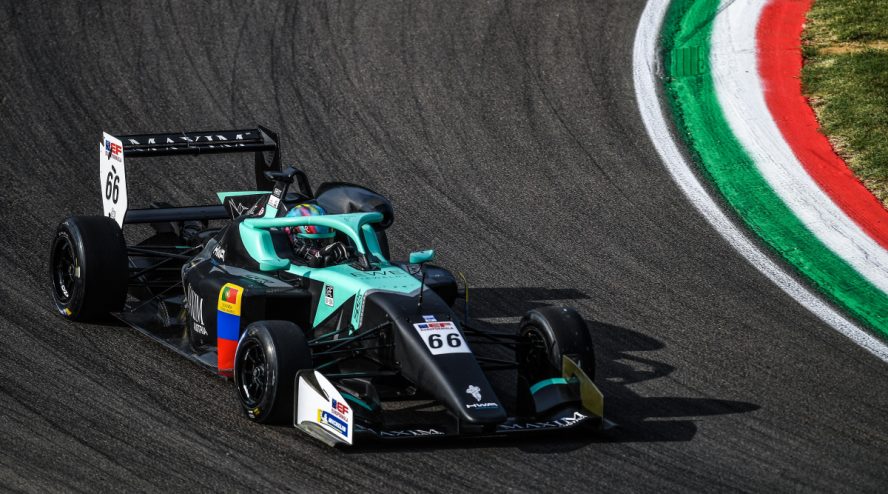 Zdenek Chovanec will fill the third seat at Charouz taking the place of Lirim Zendeli for Formula 3 at Silverstone.

The team took to Twitter today to announce the driver swap.

Welcome back! 🤩 Zdeněk will join us for this weekend in Silverstone in the @FIAFormula3 seat #15 😁 pic.twitter.com/1TavEcCNI9

Speaking about his return, Chovanec said he was “super excited to be back in the team.” He went on to add that he was happy he “got the opportunity to race at Silverstone.”

Looking towards round four, Chovanec commented “I will do my best and let’s see if we can get some good results.” The Charouz driver went on to say that he doesn’t expect any difficulties adjusting to the Formula 3 car.

He concluded by saying “I would like to thank everyone to has made it possible.”

The seventeen-year-old is no stranger to Formula 3. In 2021, he competed in the final three rounds.

Whilst away, Chovanec has been competing in the BOSS GP Racing Series. In that series, he is currently in the championship lead in the Formula Class. The Charouz driver sits on the top spot with four wins and six podiums.

He also took part in two races of the F3 Asian Championship, as well as the Euroformula Open, where he finished P18 and P15 respectively.

Moving into the fourth round Chovanec will be the sixth driver entered into Formula 3 by Charouz this season.

As a result, this has thrown up red flags as the sporting regulations limit the teams to entering a maximum of five drivers over the season across all three cars.

The only exception to this rule comes under force majeure.

The stability of the third seat at Charouz is currently in question as they have already surpassed the limits.

Car 15 has seen four different drivers in the opening rounds. Aryton Simmons started the season but was quickly replaced by David Schumacher during the testing period. Due to DTM commitments, Schumacher was then replaced by Lirim Zendeli.

Chovanec will replace Zendeli for round four. Chovanec will join forces with fellow Charouz drivers Laszlo Toth and Francesco Pizzi to take on the iconic Silverstone circuit.

Chovanec isn’t the only driver making his return to Formula 3 this weekend. Johnny Edgar returns to the grid after an improvement in his health.

The Trident driver was forced to withdraw after a Crohn’s disease diagnosis earlier this year.

He returns just in time for his home race.

Formula 3 returns this weekend (1st-3rd July) for round four at Silverstone.