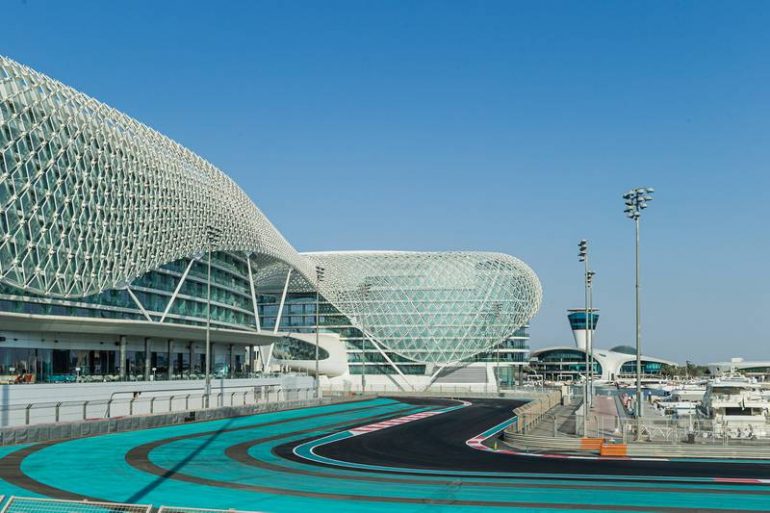 The Yas Marina Circuit has undergone some modifications ahead of this year’s Abu Dhabi Grand Prix, once again the season closer. This improved track should provide more wheel-to-wheel action, according to the organisers.

Four races in five weeks left of the 2021 season, as Max Verstappen leads championship rival Lewis Hamilton in the standings by 19 points. Once again, Formula One will go to Abu Dhabi for the final race – and the organisers are confident that this time, fans and teams will see more nail-biting action on track.

Saif Al Noaimi, Deputy CEO, Abu Dhabi Motorsports Management, said: “It’s an incredible moment in history for Yas Marina Circuit. These are the first upgrades to the track since the circuit was first constructed in 2009, since then Formula One cars, along with others in our fleets, have evolved in their design and performance and as such, we are committed to progressing with them to offer the ultimate racing experience across the events held at the Circuit.

“The changes will amplify the competitive nature of all motorsports events held at the venue but, with it right around the corner, we are of course especially excited to see how the action unfolds on the new circuit layout during next month’s season finale Formula 1 Etihad Airways Abu Dhabi Grand Prix.”

Restructuring took place in three key areas of the track – North Hairpin, South Marina and around the Hotel section. The main objectives driving the changes were to increase the average speed and the wheel-to-wheel racing around the tracks. This, so the organisers hope, will lead to increased opportunities for overtaking, and entertainment for drivers and fans.

“Obviously we are hoping for a championship decider as things are looking right now, with a very exciting championship battle going on between Verstappen and Hamilton,” Al Noaimi revealed to TheNationalNews.

“We are really looking forward to that coming down to the wire here in Abu Dhabi.”

Al Noaimi spoke about the extensive changes to the 5.554-kilometre circuit over the summer months.

“We have been working on this project for quite some time and we are now very happy that we are at a point we can finally say we have completed all the work and the track is ready,” he said.

“The first section of the track modification is the north hairpin. We have changed the chicane and made that turn wider as part of the F1 configuration.

“The second part of the change is the south configuration, the entry into the Marina section. We have eliminated a bunch of 90-degree camber corners and instead have a single bank corner.

“The south marina is now wide with different racing lines the drivers can take in to that corner. Therefore, we are optimistic that we will see some close wheel-to-wheel racing, and hopefully some overtaking.”

The third section of the changes is the hotel corner with the 90-degree turns that have been opened up to allow cars to move quicker and stay close to each other.”

Changes to the North Hairpin section of the circuit are some of the most significant. The former Turn 5 and Turn 6 chicane has been removed and the previous Turn 7 hairpin has been widened to a 20-metre-wide corner which will now be approached at around 300kph. Removing the slow corners in the chicane means cars will remain closer into the straight, allowing for faster acceleration speeds out onto a long straight creating more opportunity to overtake.

Mark Hughes, Managing Director of Mrk1 Consulting, track design consultants, added: “After almost a year of planning with Abu Dhabi Motorsports Management, it’s amazing to see the designs come to life over the past few months.

Yas Marina Circuit is already one of the most modern and impressive Formula 1 tracks in the world, and these enhancements will ensure spectators in attendance will see a wealth of entertainment across all motorsports disciplines moving forward, as well as providing exhilarating racing for those on the track.”

Some new up and coming drivers being briefed by Christian Horner…