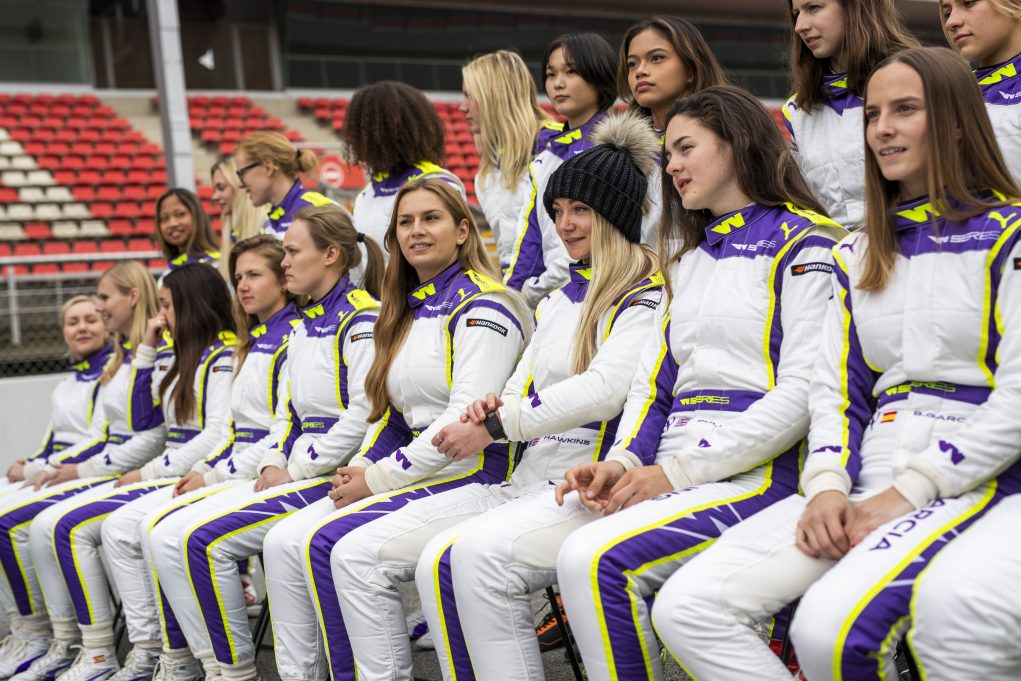 Should W Series change its one race’s weekend format?

Recently, W Series has announced that 2022 will see drivers compete in ten different races as the initial weekend in Miami and the final one in Mexico will host a double event. With the change of format, a question comes naturally: could W Series ever switch to the sprint and feature race used by other feeder series?

Fans will have noticed that while Formula 2 and 3 follow the same weekend format with one practice session, one qualifying session, and two distinct races, W Series normally only has one race per weekend. Yet, in 2021 the all-female Championship tried hosting a double event in Austin as a last-minute substitution for the missed Mexican Grand Prix. Similarly, in 2022 W Series announced the first and last rounds of the season will be characterized by two races on the same weekend.

While this is brilliant news as the series will achieve its longest calendar ever, it also brings around the necessity of a discussion regarding its format and whether changes are due. In complete honesty, looking back at the 2021 double event in Austin, the used format might not be ideal.

In particular, as one single session of qualifying determined two starting grids, the whole session revealed hard to follow due to the lack of understandable graphics and an overall chaotic session on track, which probably would result even harder to follow from the live audience at the circuit. Moreover, the two races ended up being dominated by Jamie Chadwick while Championship contender Alice Powell struggles and had barely any differences between the two events.

Substantially, while the comparison between F1 and W Series is almost impossible as the W Series’ cars are all equal, the double event in Austin had the same problems the weekends with the sprint races had in the main categories, or else gave too big of an insight in what would’ve happened in the following race, removing almost all variants of surprise.

Yet, considering at the moment the W Series calendar is effectively smaller than those of F2 and F3, an increase in track action would surely benefit the reputation of the Championship in the motorsport world and more. In fact, W Series switching to the exact same format as the other feeder series would have numerous positive outcomes.

Firstly, the races on the calendar would easily double, granting drivers more opportunities to showcase their talent. Secondly, fans would recognize the format from the other series and it might be easier for them to understand and take an interest in the series. Plus, as mentioned before the current qualifying session in double events results not easily navigable.

Thirdly, the format with feature and sprint races has proven through the years that it’s a way of providing great entertainment while also balancing results over the course of the Championship. Moreover, the inverted grid could help drivers demonstrate their worth in more conditions, be it in the middle or at the front of the grid. Lastly, if the purpose of the W Series is to bring drivers to F1 by also helping them progress in other feeder series, a similar experience might be useful for their careers.

Nevertheless, the current problem would be that the weekend schedule would have to be rearranged to grant W Series one more on-track session as expressed by Aston Martin driver ambassador and W Series driver Jessica Hawkins to FormulaNerds: “For W Series, yeah. I think at the moment, I don’t actually know why, but I’d say we struggle with track time. So I think going forward… If I’m completely honest, I don’t actually know about that one. I think another race would be welcomed by the drivers if it was possible, but I’m not sure it is possible. “

However, with the return of F2 and F3 to the two-races format instead of the triple event tried in 2021, it might be possible for W Series to experiment more constantly in the future with the double event’s format, even with the favor of the drivers. In an exclusive interview with FormulaNerds, CortDAO W Series Team Driver Fabienne Wohlwend had admitted: “For me as a racing driver I would love to have more races. The format from F2 and F3 with feature races or reverse grid I think could be interesting for W Series as well.”