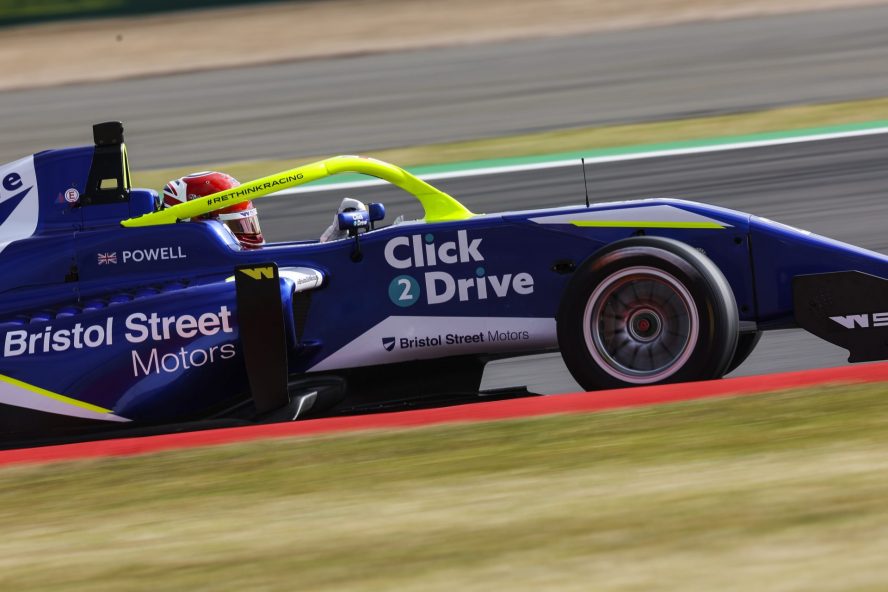 Powell on pole, Chadwick only fifth in W Series qualifying in Hungary

The first attempt saw Quantfury driver Belen Garcia at the top of the sheets alongside fellow Spaniard Marta Garcia. At the same time, the theme of track limits immediately came into play, as Jess Hawkins and Emma Kimilianen had their timed laps deleted. The qualifying session continued to be affected by track limits with multiple drivers having to struggle with taking the maximum out of the track.

Beitske Visser, who had already started from the pole in France, continued to prove her form by topping the sheets in 1:44.353, followed by Puma driver Emma Kimilainen and W Series Champion Jamie Chadwick.

On the other side, 2021 runner-up Alice Powell rejoined the battle for pole after her difficult weekend in France. Similarly, Kimilainen also seemed to finally find the rhythm and eventually concluded the first half of qualifying in first with a 1:44.217.

Powell and Marti take up the challenge

Breaking the wall of the 1:44 was Jamie Chadwick to get provisional pole position. It wasn’t enough though as Beitske Visser took up the challenge and set a 1:43.191. A good effort also came from Nerea Marti, who will start from P3. Creating an even closer qualifying was Alice Powell, who took the provisional pole before the yellow flag was brought out following contact between Bruna Tomaselli and Bianca Bustamante. Powell ultimately maintained the pole with a 1:42.986 and will start from the front row tomorrow at 14:40 CEST.

An overall disappointing qualifying session for Championship leader Jamie Chadwick, who will only start from fifth in the race, as well as for fellow Brit Abbi Pulling who will start next to Chadwick in P6. Plenty of opportunities, however, are expected for the race as the rain looks set to come into play. Will Chadwick be able to get back at the front?