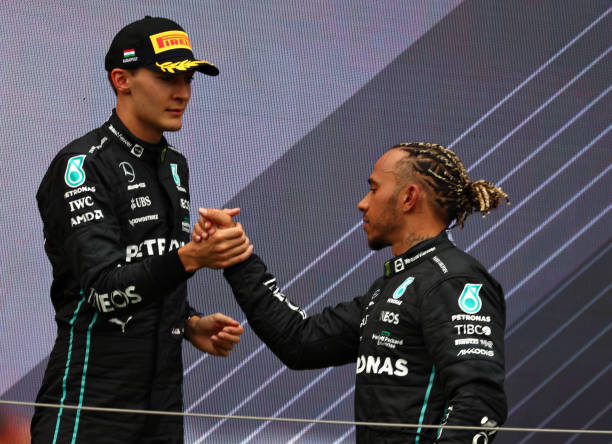 Toto Wolff reflects on Hungary and the season so far

Coming into this weekend, Mercedes had scored eight podiums this season. Last time out at Paul Ricard, they achieved their first double podium after having struggled with porpoising and the pace of the W13 earlier this year.

Friday’s free practice sessions saw the Mercedes underperform to where they would have liked to be. But it was redemption day on Saturday for George Russell. The young Brit went blindingly quick to put his car on pole – his first F1 pole position – for yesterday’s Grand Prix.

Hamilton, unfortunately, didn’t have as good a qualifying as his teammate. The seven-time world champion qualified P7 after suffering a DRS issue. However, the Hungarian Grand Prix saw success for Hamilton.

He had a great start from lights out and a strong strategy in terms of tyres allowed him to fight at the front of the field. He finished the race on the second step of the podium, after overtaking Russell, who finished in third.

Wolff’s comments on the race

Wolff highlighted just how great a weekend it was for Russell in Budapest. He said “George had a great qualifying session with pole.” Continuing, Wolff said Russell “drove a super solid race but he was always in that fight. Therefore, you are utilising the tyres, you’re leaning on it a lot and then he ran a little bit out of tyres in the second stint.”

When speaking about Hamilton’s race, the Team Principal said it was “unbelievable.” He added that Hamilton “was a little bit in the shadows, nobody really looked at him”. But then, suddenly “he was banging in times quicker than the leader.”

Over the weekend, it was looking as though Russell was the strongest of the two, especially when Hamilton voiced he was feeling “vibrations” in his brakes moments before the race. But it was his DRS failure in qualifying that stopped both drivers having “a fun fight in the front, for the win, for the victory.”

Wolff’s comments on what’s to come

Sky Sports F1 asked Wolff how he feels about Mercedes’s progress since the opening round in Bahrain. He noted how “at the moment”, Verstappen and Leclerc are “ahead of everybody else.”

Mercedes are currently third in the Constructors’ Championship, only 30 points behind Ferrari. On this, Wolff said that the Silver Arrows “need to stay humble and look race weekend after weekend.” He elaborated saying this will help them “to learn and to experiment.”

Commenting on the championship, Wolff noted:

Wolff said that Friday in Hungary showed them “what not to do”, so now they know to “do the opposite.” Wolff noted that the next circuit is “very different”, and it’s important to “not celebrate yet that [Mercedes] are there, because [they] aren’t yet.”

The Hungarian Grand Prix saw Mercedes’ second 2-3 finish this season, and Hamilton’s fifth consecutive podium. Whilst Red Bull and Ferrari have been dominating the title fight, Mercedes are certainly becoming part of the mix.

The next round of the season is the Belgian Grand Prix at Spa. New floor rules will be introduced, which could affect the leading two teams. After a wet race of two laps last year, it’ll be interesting to see what the weekend after the summer break brings.