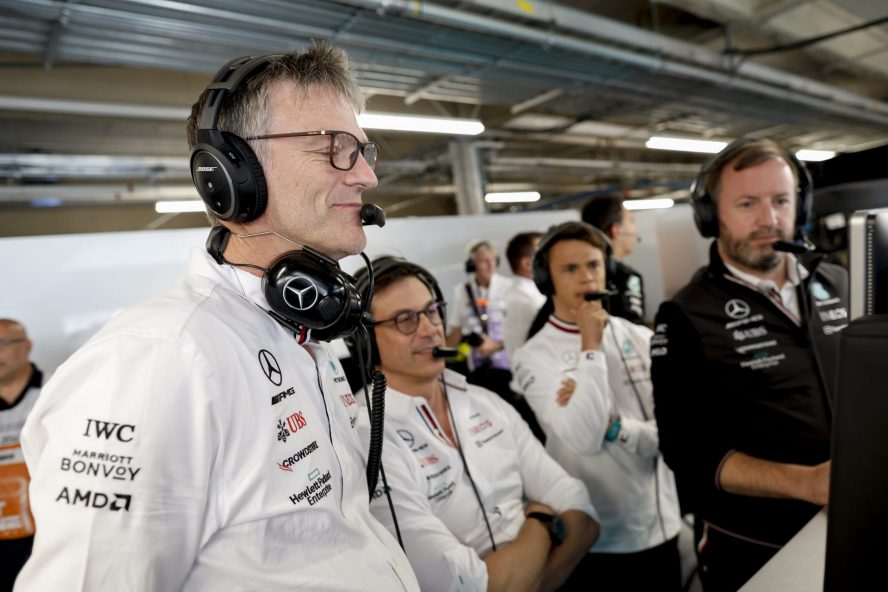 Lying sixth in the standings, Hamilton is 34 points behind teammate George Russell in P4. Russell’s results have been stronger than Hamilton’s in 2022.  Russell is the only driver on the grid to finish in the top five at every race this season.

The W13 has suffered from excessive porpoising across 2022. This led to Hamilton suffering back problems at Baku. Bouncing back in Canada, Hamilton achieved a solid P3 to close the gap on his teammate, while Russell finished P4.

Wolff has confirmed that Mercedes are “happy” with Hamilton. When asked if Hamilton will continue past 2024, Wolff hinted that there were no plans to discuss 2024, stating it was “too early” to start talks. Late contract talks are not new to Hamilton, with his 2021 renewal only being confirmed on the eve of the season:

“Are we starting talking 2024 contracts? In June 2022?“ No, we are in a happy place with Lewis and there is no doubt that we are embarking the season and the next one in a good place. But it’s too early to discuss 2024. But having said that, I couldn’t wish for a better driver pairing.”

Wolff has confirmed to formula1.com that despite the challenges the W13 is causing, Hamilton’s mindset continues to be “positive”. Wolff also confirmed the dynamic Hamilton and Russell is “astonishing”. Both drivers are very open in debriefs,  though this will likely change once Mercedes return to fighting for race wins:

“I can say that within the team, [Lewis] was always very positive in his mindset. How the two work together is really astonishing; in the briefings they keep asking each other questions. I guess it’s going to be different if you race at the very front.

“But no, it’s super how the two [Hamilton and Russell] have really helped to progress and I’m happy for Lewis because he had the bad luck on his side – he could have been on the podium a few times if the Safety Car hadn’t had worked against him.”

Hopes are high for a positive result at Silverstone following Hamilton’s P3 in Canada. When asked if the Silver Arrows could win at Silverstone, Wolff indicated this could be a possibility:

“I would hope so, [because] Silverstone was good to us in the past and the circuit is smoother than the last three ones, but it’s not Barcelona – so now we should manage our own expectations and really grind away, look at the data and come up with some sensible solutions, not just for Silverstone but going forward.”