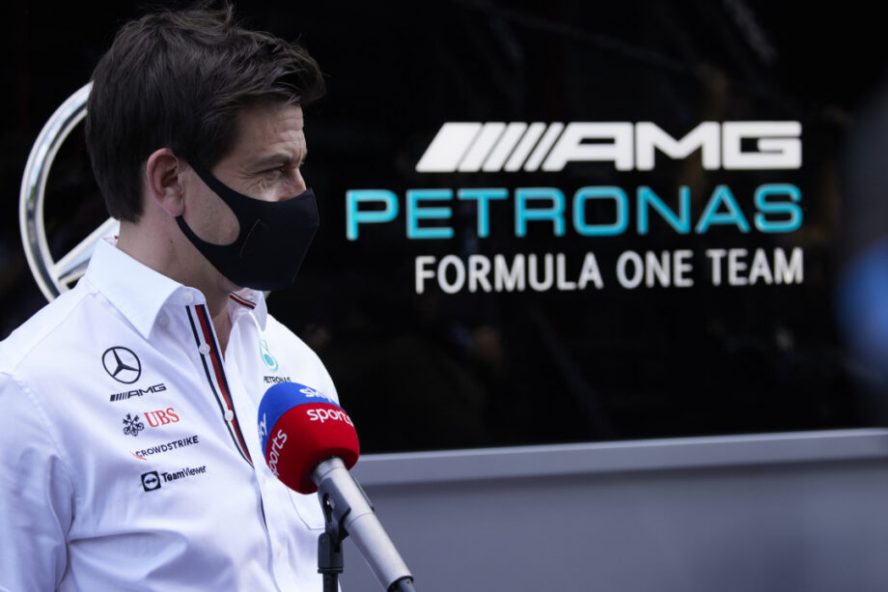 Wolff Does Not Leave A Good Mark On “disrespectful” Masi

Mercedes team boss Toto Wolff admits he spoke to Michael Masi before the title decider in Abu Dhabi in 2021 to suggest he should not simply tune out criticism.

Almost four months passed since the controversial end to the 2021 season, from which Max Verstappen emerged victoriously. The decision that led to Verstappen overtaking Hamilton on the last lap cost race director Masi his job.

In 2022 he was replaced by Niels Wittich and Eduardo Freitas. Both share the role of the race director.

What did Wolff discuss with Masi?

Before the last race in December, Wolff tried to give Masi tips.

“I had lunch with him on the Wednesday before the race,” Wolff told the Press Association, “and I said to him that ‘I really want to tell you, without patronising you, that you need to take criticism on board and develop from there. Lewis does it every day, but you are a guy who always seems to know better’.

“It wasn’t about influencing him. But really giving my honest feedback that he shouldn’t block outside opinion as simply being wrong.”

Wolff also criticises Masi’s handling of the drivers. He is said not to have always been neutral.

“You hear from the drivers and how the drivers’ briefings were conducted [by Masi]. And some of the guys said it was almost disrespectful how he treated some of them.

“There is a promoter of one of the races in the Middle East who said he was so relieved he had gone because he got so much abuse from him.”

The FIA inquiry acknowledged that Masi made two mistakes during the last laps of the Abu Dhabi GP. The safety car was brought back in a lap early. Only some of the lapped cars –between Hamilton and Verstappen – were allowed to overtake the leader to un-lap themselves.

However, according to Wolff, Masi himself does not seem to accept this.

Silverstone apologises to fans: “We will sort it out”

“He was just immune to any feedback, and even today, he has not properly reflected that he did something wrong.

“He was a liability for the sport because everybody kept talking about Abu Dhabi and the race director. The race director should not be somebody that people talk about, but someone who does the job and makes sure the race is run according to the regulations.”

Praise for the new race director

Wolff’s comments on Niels Wittich have so far been nothing but positive, stating that Wittich “hasn’t put a single foot wrong”.

The rule reminding drivers not to wear jewellery during the sessions was met with a heavy reception, especially from Hamilton. He explained that he could not remove certain body jewellery.

Wolff said: “Is that a battle he needs to have at this stage? However, if it turns out to be the biggest unfortunate misstep of a race director, I would take it a thousand times over.”

The Abu Dhabi controversy still doesn’t seem to have been digested. We hope that the new race directors will decide in the sport’s best interests.