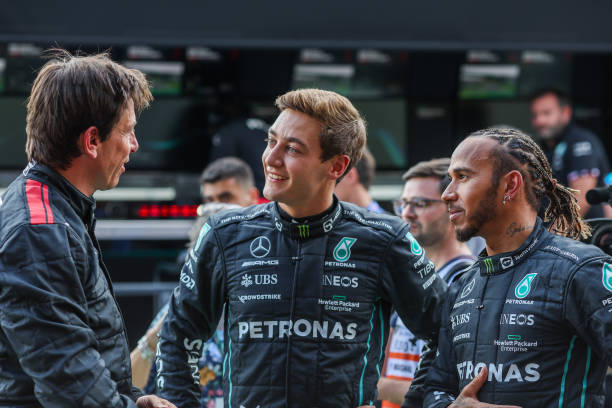 Can Mercedes return to their winning ways?

Mercedes’ boss Toto Wolff has faith that the team can find success again despite falling behind in 2022.

The significant change in regulations for this season knocked the German team off their perch.

Whilst teams like Red Bull mastered the new rules, Mercedes failed to capitalise on them and ultimately lost their dominance.

Nevertheless, Wolff believes that his team will not suffer the same downward spiral that previous top teams did.

As reported by Motorsport.com, the Austrian team principal looked back over how dominant teams lost their winning streak.

These include Red Bull, who won the constructors’ title every year between 2010 and 2013, and Ferrari.

Wolff pointed out that their sudden dip in form usually coincided with a significant change, such as key senior figures leaving.

He recognised that some members of his team are concerned that Mercedes will suffer a similar fate.

“Of course, we are talking about it,” Wolff explained. “We are analysing what were the reasons in the past that teams that dominated over an era suddenly lost performance. And you can trace it back pretty well.

“Change of regulation; people leaving; a tyre that changed fundamentally. We have the same organisation, the same capability, the same financial funding. And I believe we have things in common and we can trace it back.

“We are aware of all that and the regulation changed. We got it wrong. But all the other pillars are still in place. And we have to tune the systems, and understand.”

"This is the one I remember the most" 😅

How can Mercedes avoid falling behind?

The German constructor gradually improved their performances throughout 2022 after getting off to a poor start.

By the end of the season, George Russell was fourth in the standings, with Lewis Hamilton 35 points behind him in sixth.

Wolff cited the consistency in Mercedes’ management team as a reason for their continued success.

He believes that keeping the same senior staff will help them to reclaim their top spot. 2022 was the first year since 2014 that the team failed to win either the drivers’ or constructors’ titles.

Despite his optimism, Wolff is aware that things can move quickly in Formula 1. It is not just a matter of Mercedes improving, but also how other teams perform.

He explained: “You can see with Ferrari, as an example, I mean they lost the whole top leadership and the key driver. I think that is something where you can trace it back.

“With Red Bull, it was a fundamental situation that the power unit regulations changed upside down and no works deal basically. So it was fundamental parameters changed.”

Wolff went on to express his worries about Mercedes’ performances this year:

“We are looking at that and thinking: we better be careful. We better be careful because the season has gone by in a heartbeat. And we can’t let that happen, to look back after the next season and the one after.”