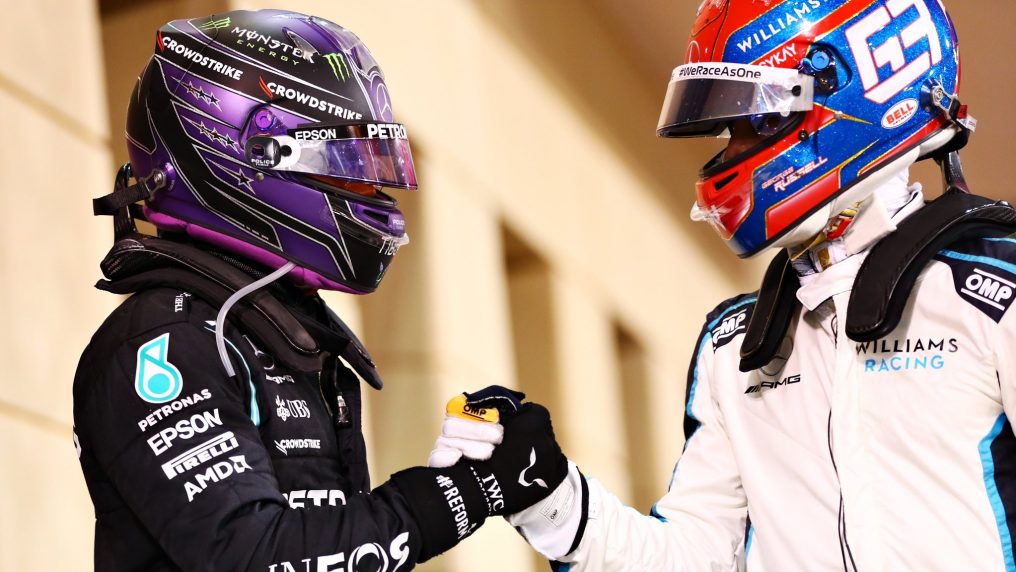 Wolff: ‘condition and calibrate’ Russell for 2022 in Mercedes

Ahead of the 2022 season, Mercedes will be facing several changes with the new regulations being put in place, along with their new driver pairing of Lewis Hamilton and George Russell. Team Principal Toto Wolff has highlighted some nerves as he does not want a repeat of the Nico Rosberg and Hamilton rivalry from the past and will need to ‘condition and calibrate’ with Russell when he joins Mercedes next year.

Rosberg and Hamilton’s rivalry escalated when the British driver joined the team after being with McLaren and winning his first Championship with the Woking team. Races such as the USA Grand Prix in 2015 and the infamous Spanish Grand Prix in 2016 are to name a couple where you could see the tensions between the pair on and off the track.

Now with a new younger British driver joining the team, George Russell, who is no doubt eager and hungry to succeed at the winning constructors’ team after having been in the sport for 3 years, Wolff is definitely not going to want a repeat of the past between his drivers.

“He’s [Russell has] proven that he deserves to have a seat in a top car,” said Wolff as quoted by f1.com. “Now we need to get him properly adjusted into the Mercedes situation… there’s a lot more pressure, he’s having an unbelievable teammate with the biggest records and there it’s important that you condition him and you calibrate him in the right way.

“We’ve seen situations in the past where they’ve failed; Lewis was part of one where I think the team didn’t quite understand how it could potentially go. and I think we’re maybe a little bit better prepared for that situation but nevertheless, he has all the ambition to be a future world champion and so has Lewis, to add another one, so it’s about calibration.”

More on GR's move and his time with @WilliamsRacing below. ⬇️💙 #GR63

Wolff has said he won’t stop Russell from achieving his goals but wants to ensure that his ambition won’t get in the way of an amicable partnership with Hamilton, and instead help him realise his ambitions for the long term.

“I think you have to respect also the other guy’s perspective and ambition,” said Wolff. “We are not going to put a driver in the car who is not going to have the ambition to do as good as possible to kick his teammate as hard as he can, win races and championships early too, and that’s clear.

“So I can put myself into his perspective, so I’m trying to discuss with him what that means for the team dynamic, what it could mean, how we need to keep the momentum in the team. And he’s very intelligent, he gets that.”

As mentioned before, with the new regulations coming in 2022 that sees the new dawn of an era in Formula 1, Wolff has set his sights on the future and has indicated Russell will get the same treatment as Hamilton

“I think we would be satisfied if we would be in the top three in terms of the car package competing for victories,” he said.

“That’s always our ambition, that we are right there over the long term, this is the winning recipe, and if we have a car that we can develop if we are able to go for the championship, then absolutely, he has the same car that has Lewis, he has the pace, in qualifying he is very, very fast, and I’m sure it’s going to be fine,” concluded the Team Principal.