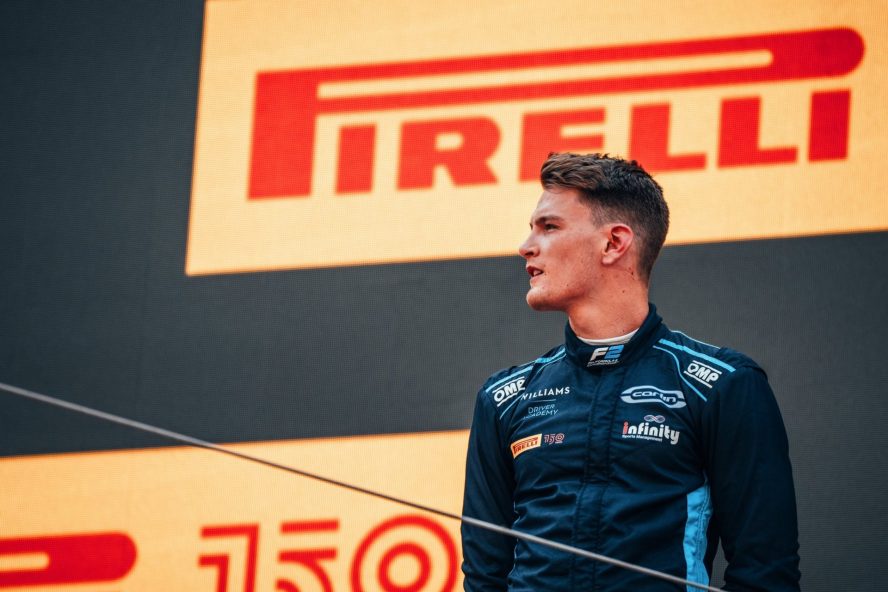 Williams: The plan was for Sargeant to stay in F2 another year

Williams initially had a two-year F2 plan with Logan Sargeant, however, the 2023 seat was in Sargeant’s favor and accelerated his rise to F1.

Sargeant had a movie-like ending to the 2022 season as his confirmed F1 seat came down to him scoring enough points. Former Williams Team Principal, Jost Capito, offered the American driver a seat in 2023 provided he got enough points in F2 to get his super license.

Spoiler, he got enough points and was confirmed alongside Alexander Albon for Williams in 2023. Williams Sporting Director, Sven Smeets, spoke to Motorsport and talked about the initial plans they had for Sargeant. And how his ultimate talent proved he didn’t need another year in F2.

“We had a two-year plan with Logan in F2. I think that’s how everybody starts. When the season started, very quickly and especially Silverstone and the races after that, we started to see the potential that we maybe didn’t have to do two seasons with him in F2.”

“We didn’t say to him ‘you need to win F2 or you need to be second’, it was just his progression in F2, the raw speed he has shown in one lap, and himself maturing.

“It was also how he develops here in the sim sessions, doing his physical camps we have for them, doing the media training. All that was starting to go in a direction that, by summertime, we saw him as becoming one of our contenders.”

Sargeant is realistically not going to have much time in the car before starting the race season. With limited time on testing days, finding out how much the car can handle is going to be mainly touch and go during the races.

Consequently, Williams are not too keen on comparing the rookie to teammate Albon.

By Jay Winter20 hours ago

“For him to learn the limits of a Formula 1 car,  there are three days of testing, which are one and a half days his, and then you’re straight into a race. You can’t just say I’m going to do a few thousand kilometres to see how far I can go with these cars on-track. We know that will be part of that learning process.”

“If the car is there where we’d like it to be, of course the first thing is challenging your team-mate, that’s number one,” said Smeets.

“If you are in a position to fight for points, then even better. But we can’t just tell him in Bahrain, you need to beat Alex. I don’t think that would be very fair on him.

“But yeah, that’s the target: progression and to take this season to learn and then be full on for ’24.”