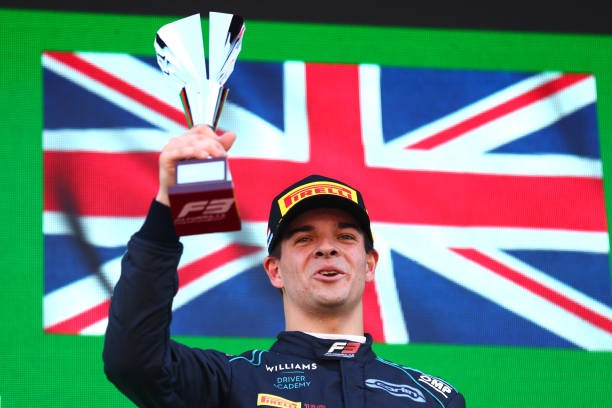 Zak O'Sullivan is already making strides towards Formula 1, despite only just completing his maiden F3 season

Following a tricky maiden F3 season, Williams junior Zak O’Sullivan will get his first taste of F1 with Aston Martin.

At just 17 years old, O’Sullivan has found much of his current success through working with Carlin. Although driving for them in F3 proved challenging, he has still earned himself an F1 test, albeit not with Williams. Carlin have struggled for pace in F3 in recent seasons, but O’Sullivan managed to string together a number of impressive results across his debut F3 campaign.

In a feature piece for Autosport, the young Brit detailed the hurdles he had to overcome during his 2022 season.

“As a team, we struggled a bit to get on top of the car all year,” he said. “So, in that sense, there were some difficulties, but I think from my side I learned quite a bit. I was really having to maximise any opportunity with the car; I was strong at some rounds and that really helped me develop.”

As one of three drivers racing for Carlin, O’Sullivan achieved an impressive 54 out of their 57 points across the year. In comparison, fellow teammate Brad Benavides scored the remaining three points. Enzo Trulli failed to score.

The Williams Academy driver’s talents have not gone unnoticed. Back in 2021, he was given the Aston Martin Autosport BRDC Award. However, he is still acutely aware of what he must do to improve.

“Although I didn’t get the results I would have wanted, I think it gave me another side of it, where I had to look elsewhere and see what we could improve on and be quite observant of what other teams were doing.”

O’Sullivan first stepped into the world of Formula 1 in February, when Williams signed him to their junior team.

Since then, he achieved two podiums in F3 but is still awaiting his first win. Nonetheless, his 2021 award means that he is receiving greater opportunities than many others. Much of that is thanks to Williams.

“It will be my first time and quite an awkward one,” O’Sullivan wrote ahead of the test later this month. “I’ll be driving the Aston Martin F1 car but I’m a Williams Academy driver. I’ve seen some of the emails between the Williams and Aston Martin comms teams, which have been quite amusing.

“I’ll be one of an elite few who have driven a turbo-hybrid F1 car, so that will be pretty cool. I’ve been super-involved with Williams, more so than I ever predicted. I’ve been to two of the races as race support, and done a lot in the simulator.”

He went on to explain that he never expected to become so involved with Williams, and the experience has been “really refreshing”.

O’Sullivan is undoubtedly an up-and-coming young racer, but he is set to stay in F3 for another season. He tested for PREMA at the F3 post-season test in Jerez last month but has yet to be confirmed if he’ll drive for the 2022 Teams’ Champions in 2023.