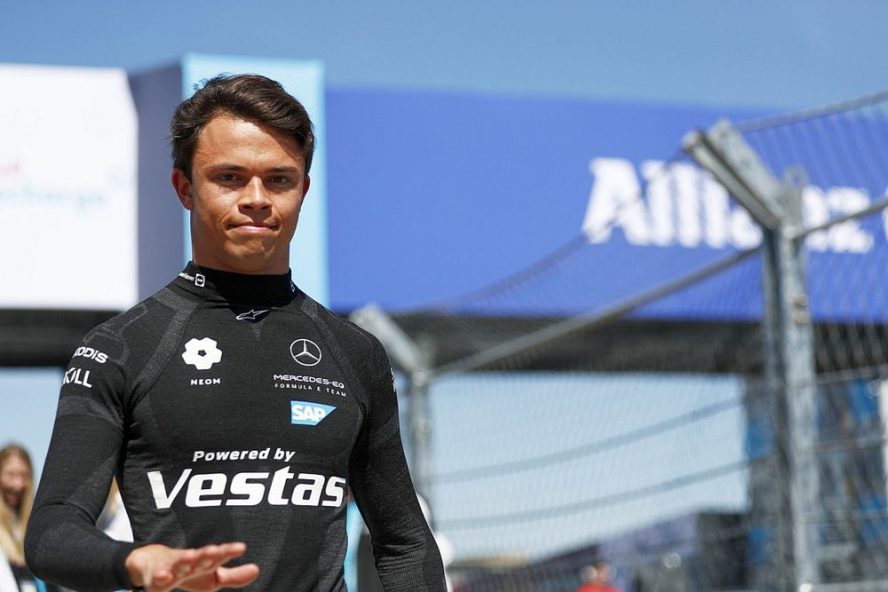 Whilst the battle between Ferrari and Red Bull raged on at the Spanish Grand Prix, one outing at Williams slipped under the radar. Reigning Formula E Champion Nick De Vries took control of the FW44 in Free Practice one, replacing Alex Albon. De Vries continues in Formula E this season, with champions Mercedes EQ.

Williams Head of Vehicle Performance Dave Robson took note of the Dutchman’s impressive performance. In a strong statement of intent, De Vries finished in 18th place, a tenth faster than full-time Williams driver Nicholas Latifi.  Robson said De Vries’s feedback particularly impressed him, given he only had an hour in the car:

“His pace was there. His ability to understand the tyre and do the out-lap correctly, was really impressive,” said Robson. “And then after that, his feedback post-session was extremely good. He had some very useful comments on the balance of the car, which agrees quite well with what we’ve heard from the two race drivers.

“So, I think in that regard, considering he only gets an hour in the car, I think he did a really good job, and he clearly has what he needs to be to be an absolute top quality competition driver. Yeah, he’s worthy of a place on the grid, I think, but so many people are. I think he took his opportunity well, yesterday and I think he should be you should be pleased and proud of what he did.”

De Vries’s performance is all the more impressive due to the very limited time in the simulator. Robson said that despite this handicap, the Dutchman “did not put a foot wrong”:

“I think everything he did… was really good. He didn’t put a foot wrong,” said Robson. “He completed the engineering programme that we needed him to do, which for us was the most important bit. But, you know, not only did he not have a huge amount of time in the simulator, we gave him the prime tyre for his first run yesterday, which we knew would be a little bit difficult.

“But at least it gave him the opportunity to do a good number of laps. And then to go straight from that all the way to the qualifying compound is a big ask for anyone and actually, you can see in the lap time he did a very good job.”

Reigning F2 champion Oscar Piastri has also been in action this week. The Australian has been testing in Qatar, at the wheel of the 2021 Alpine A521.

Joined by Alpine backed Jack Doohan, Piastri said on Twitter he is continually learning” at the test. The Australian is Reserve Driver for Alpine this season and is looking to move to a race seat for 2022.

Qatar 💨🔥 A hot and windy couple of days in the Middle East, continually learning 🤓 pic.twitter.com/u0LJlG9r2O