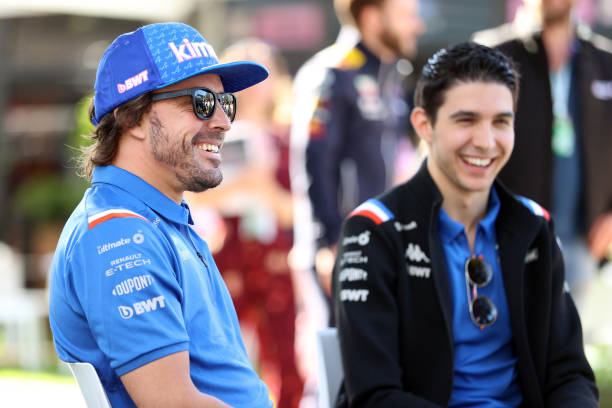 Will these upgrades see both Alpine’s back in the points?

Alpine are aiming to improve on their previous performances

Alpine will be bringing a new rear wing on their cars for the Spanish Grand Prix in Barcelona.

Barcelona is the sixth round of the 2022 Formula One season. It’s usually the race where teams introduce upgrades to their cars to enhance their performance. A few teams are not bringing upgrades this weekend, including Red Bull and Haas. However, quite a few are.

BWT Alpine are one of the teams bringing upgrades and new features to the Circuit de Barcelona-Catalunya. The hope is that these new development parts will enhance the performance so Alpine can get both cars finishing in the points.

What upgrades will Alpine bring?

The French outfit are introducing a “new rear wing” for the A522, confirmed by Otmar Szafnauer, Team Boss. Earlier this year before the season started, pre-season testing occurred in Barcelona. The teams performed shakedown tests at the Circuit de Barcelona-Catalunya.

When speaking about the new rear wing, Szafnauer noted that it should help the team see an improvement on the performance from the testing.  He said:

“It should be more efficient than the last time we ran there, and it should be a little bit more performant, so we will have that for both cars.”

The widespread issue Alpine are tackling

Another aspect that Alpine will alter in Barcelona is the weight of the A522. A lot of the teams have struggled with the weight of their cars this season. For 2022, the minimum weight of a Formula One car, including the driver and dry-weather tyres being fitted, is 798kg.

We have seen Williams try to remove some paint off their car to reduce the weight. But most recently in Miami, McLaren limited the amount of water that Daniel Ricciardo in the drinks system. This did reduce the weight but in the conditions the drivers race in, they can get “dehydrated”.

Alpine’s weekend in Barcelona will see the A522s be slightly reduced in weight. Alan Permane, the Sporting Director of the team, said that since they raced in Imola there have been some improvements but there is still more to do.

He said that there is “still more to come” but they have “taken a bit”. The team “are still a little bit on the high side weight wise”, however, they have “got some good steps in that area coming.”

Permane continued to say that he believes Alpine are not “as bad as some others”, but they are “not as good as some others” either. In Barcelona, they will continue to be improving the weight “steadily” and carry on with “chipping away at it”, like they have been from the first race.

Alpine’s hopes for this weekend

In the current championship, Alpine are mixed in the midfield in sixth on 26 points. Esteban Ocon is ninth with 24 points in the Drivers’ Championship, after having a fairly successful season so far. Fernando Alonso has been unlucky in the first five rounds after suffering quite a few issues with the car. The Spaniard has had two DNFs (Saudi Arabi and Imola) and only has two points to his name from the first race.

The Spanish Grand Prix is Alonso’s home race, as well as Carlos Sainz’s, so he will be looking to have a better race that will see him finish in the points with no penalties awarded.

Szafnauer commented on the expectations of the team for this weekend. He said “the aim is…to have both cars inside the points.” This a feat that Alpine have not managed since the Bahrain Grand Prix at the beginning of the season.

“If we’re going to achieve our goals for the year, then this is the minimum requirement for the remaining Grands Prix.”

The Team Boss continued admitted that they “can only control what is in front of [them]” but they are “certainly aiming to bounce back from Miami.” We have seen both Ocon and Alonso battling each on track this season already. Szafnauer knows that they “have a competitive car” and the drivers “are ready to deliver”.

With the new upgrades Alpine are bringing, we could see both drivers in the points for a “much better, and cleaner, race weekend”. The Spanish Grand Prix is this weekend, May 20th-22nd.