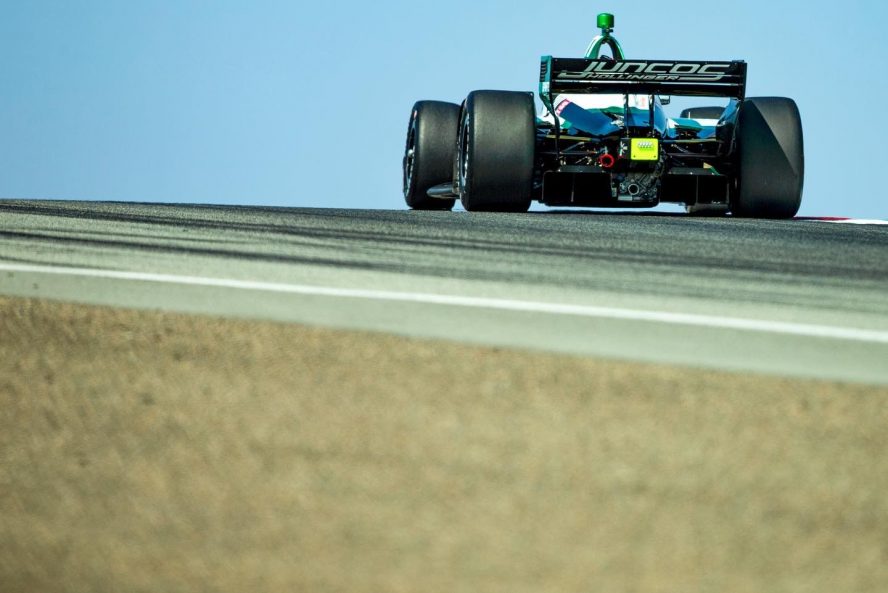 Could more drivers be making the switch to American racing in 2023?

This year even more drivers are set to make the switch from the Formula 1 ladder to the American one. Formula 1’s feeder series is currently in the middle of silly season, as is IndyCar’s, and the two could be more combined than you realize.

There are a lot of rumours that haven’t been confirmed, so let’s take a look at some hypothetical pieces in this complicated puzzle.

There are only a couple of seats still unconfirmed for IndyCar’s 2023 roster. One of those seats is the #78 Juncos Hollinger Racing car.

Ilott came to America from Formula 2 and has been much more successful in a small team than anyone expected. He scored two top ten finishes, and finished 20th in the standings. He also finished third out of the six rookies in the Rookie of the Year fight.

Earlier this year, JHR announced that they would be expanding to a two-car team in 2023, with the driver still to be announced. There were several names tossed around for this seat, including McLaren’s Felix Rosenqvist, as well as Santino Ferucci, who has driven for the team in the past.

The main two names in contention for the seat were Benjamin Pederson, who finished fifth in Indy Lights this year, and Formula 2 driver Marcus Armstrong.

But Pederson was recently confirmed to be graduating to IndyCar with A.J. Foyt Racing instead, leaving Armstrong as the main contender for the JHR seat.

Ilott, who is said to be heavily involved in team decisions, knows Armstrong well. The two were in the Ferrari Driver Academy together for five years, and even lived together during that time.

Of all the pieces of the silly season puzzle, this one looks to be one of the most likely changes to happen. Armstrong, who is currently 12th in the Formula 2 standings, has the same racing background as Ilott, who the team has been more than happy with. He also would bring financial backing to JHR as a smaller team.

Recent news suggests that as many as four drivers between Formula 2 and Formula 3 could make the switch to American racing in 2023.

Aside from Armstrong, Juri Vips has been mentioned as one of the Formula 2 drivers who could potentially move to Indy Lights.

Vips, an ex-Red Bull junior, is currently in his second season of Formula 2. Unlike IndyCar, Indy Lights has a plethora of seats to be announced. HMD Motorsport alone is planning on running eight cars, six of which still need drivers.

In Formula 3, any number of drivers could be the two to make the step over to Indy Lights. Formula 3’s silly season has only just begun, with only one of 30 drivers announced so far.

Potential drivers who could make the switch include Roman Stanek, who told FormulaNerds that racing in America was on his list of options for next year. Another driver whose name has been mentioned is Juan Manuel Correa, who wasn’t present at the Formula 3 post-season test. However, Formula 2 might still be the most likely option for both drivers, who may appear at the F2 post-season test in Abu Dhabi in November.

Outside of Formula 2 and Formula 3 but still in the Formula 1 ladder, two-time W Series champion Jamie Chadwick could also come to Indy Lights. Chadwick tested an Indy Lights car with Andretti Autosport earlier this month, and could very well be in line for a seat.

There are still a lot of pieces to fall into place before everything is confirmed for 2023. Especially as the Formula 2 season has one round to go, that won’t take place until late November, silly season is anything but wrapped up.

But it’s looking more and more likely that we’ll see more than one driver make the switch over to IndyCar or Indy Lights.