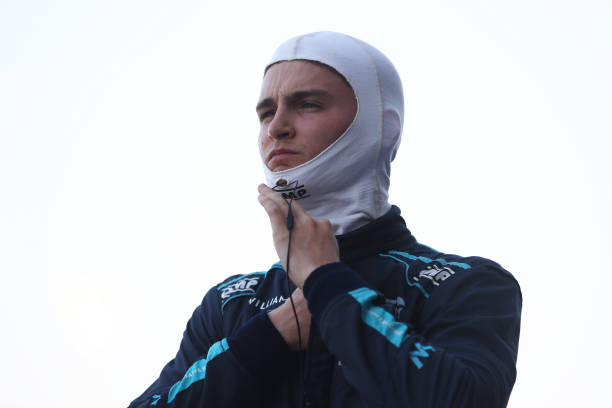 What Logan Sargeant has to do to get a Super Licence

There's just one race left in the Formula 2 season, will Logan Sargeant do enough to take his Formula 1 drive with Williams?

With one race left in the Formula 2 season, Logan Sargeant has to finish seventh overall to secure his Super Licence. As of Saturday’s Sprint in Abu Dhabi, he sits third in the championship.

If he finishes sixth, he’ll get exactly ten more points and go to 40. But, provided he doesn’t get any penalty points in tomorrow’s Feature Race, he’ll be able to finish as low as seventh in the standings and get a sufficient number of points.

In the Formula 2 Sprint Race, Sargeant finished sixth, bringing his points total to 138. He’s still in third, but his teammate Liam Lawson took the win, and is now just four points behind him.

With six drivers still mathematically able to steal third place away from Sargeant, there are several scenarios where he drops below the place he needs.

How can he do it?

Let’s assume, for convenience’s sake, that Sargeant doesn’t get any penalty points in the final race. He’s managed not to accrue any so far this season, and should easily secure the extra two Super Licence points he could very well need.

That being said, if Sargeant finishes eighth or above in tomorrow’s Feature Race, he’ll get his Super Licence. He could finish as low as seventh in the standings, but that would still be enough for him. He’ll be starting the race from sixth, so pending any major issues, he should be ok.

Of course, this is Formula 2, and it’s not unlikely that Sargeant could slip below eighth in the race. But even then, his immediate rivals will need to finish in a pretty specific order for him to fall outside the top seven in the standings.

If Sargeant finishes tenth in the Feature Race, the above scenario will be the same, except that Iwasa could beat him with the win whether or not Sargeant gets the fastest lap. As Iwasa will start the Feature Race tomorrow from pole position, this is fairly likely to happen.

Can he expect any help?

Team orders are extremely rare in F2, and rightly so. Drivers are racing for their own careers and don’t have the same allegiance to their teammates as an F1 driver does.

In the post-Sprint Race media session, FormulaNerds asked his Carlin teammate if he would move aside or not fight Sargeant in the Feature Race if things were getting tense from a Super Licence perspective:

“For him, it’s more of a Logan Sargeant situation, rather than a team situation,” Lawson said.

“I think he’s in a good position going into tomorrow. For him, he just needs to have a solid race and not take any risks.

“I think today, from what I’ve seen, he played that quite smart, and I guess tomorrow he just needs to do something similar.”

He finished by adding: “It’s very unlikely we’d be in a position like that [where Sargeant would need Lawson to move aside]. But yeah, in Formula 2, we’re sort of racing for ourselves so I think for the Teams’ Championship it would be nice to finish high up, but it’s difficult to say in that situation.”

If Sargeant scores no points?

Now, what about if Sargeant finishes outside the points? Believe it or not, the situation doesn’t change much. Here’s what the results of the Feature Race would have to look like for Sargeant not to get his Super Licence:

If these are Sunday’s top five, and Sargeant is outside the points, he’ll drop to eighth overall. But, if any of these drivers finish outside this particular order, Sargeant won’t be able to drop below seventh place and will secure his Super Licence. So pending any of these very specific scenarios, he’ll become America’s first Formula 1 driver since 2015 when he joins the grid in 2023.