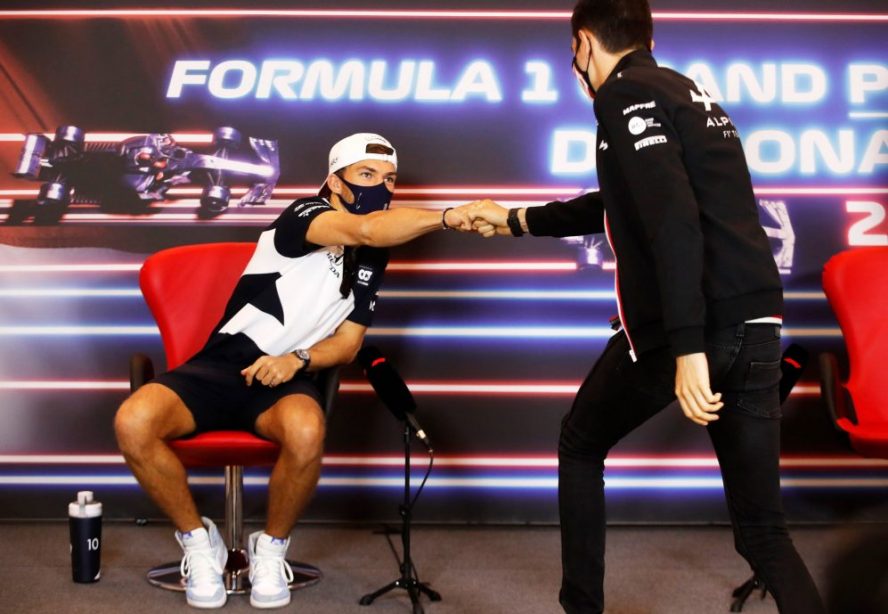 What can the home favourites do after a disappointing qualifying?

Both home favourites, Gasly and Ocon, failed to make Q3. Will they be able to give their home crowd a show?

It was an exciting Friday for home hero Pierre Gasly who got to P5 in FP1 and P7 in FP2. This good form, however, didn’t translate to Saturday. The Frenchman failed to make it out of Q1 and will start tomorrow’s race in P16 on the grid.

This isn’t the first time Gasly has failed to make it out of Q1 but he was noticeably upset that it happened in front of his home crowd. He even went to say he was “extremely disappointed”.

Over at the Alpine garage another home favourite, Esteban Ocon, failed to perform how he hoped. So far,  Ocon has had a very strong season with good qualifying and race results. Sadly, in front of the home crowd, Ocon failed to perform and got knocked out in Q2.

These results are less than ideal as the duo are the home favourites and the crowd will be looking at the pair for a home victory. They’ve both won a Grand Prix each and are also clearly capable of Q3 appearances and podiums. Just last year, Gasly was nearly always in the top half of the Q3 drivers.

The results look even more disappointing when compared to their teammates. Both Fernando Alonso and Yuki Tsunoda managed to make it to Q3 and will line up on the same row tomorrow.

Alonso will line up in P7 and Tsunoda will line up next to him in P8. Tsunoda and Alonso were the best of the rest and topped the midfield battle. Lando Norris managed to get his McLaren into P5 but other than that, Alonso and Tsunoda really showed what a midfield car can do.

Going into tomorrow, Gasly and Ocon will be wanting to make moves to make up for their less than perfect Saturday.

By Abby Bathurst13 hours ago

Gasly has said he’s got “nothing to lose” going into tomorrow and will be wanting to put on a show for the crowd being one of the home favourite duo.

The crowd won’t just be treated to home hero action on track but also the battle at the front. On Saturday, we saw an excellent battle between the Red Bull and Ferrari. Eventually, Charles Leclerc pipped Verstappen to the post and got pole position.

The crowd can expect this battle to continue into the Sunday race.

It’s all to play for and Verstappen certainly won’t roll over.