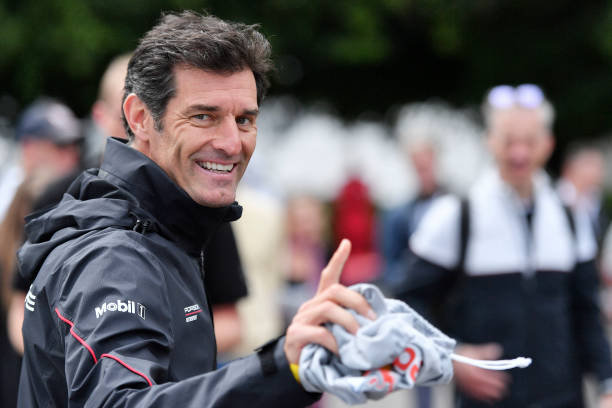 The race winner backs Red Bull to win the title

As Red Bull battle to win their first constructor’s title since 2013, the Aussie expressed confidence that victory is already within their grasp.

The Milton Keynes outfit has claimed seven wins out of the nine races that have taken place so far. Six of them belong to last year’s champion Max Verstappen, as teammate Sergio Perez joined the list of legendary drivers to win in Monaco.

With Mercedes struggling to take advantage of the new regulations, many thought that Ferrari had taken the fight to Red Bull. In the early races, we saw some beautiful close-fought battles between Charles Leclerc and Verstappen. However, the Monegasque driver has not won a race since Melbourne.

Mark Webber, who drove for Red Bull between 2007 and 2013, sees this as proof that his old team have mastered the regulations.

“Red Bull will continue to dominate this championship,” he said. “They have a car that is very good on downforce levels, on all compounds of tyre. It’s like a tennis player on all surfaces or a golfer on all holes, short, long, chipping, putting, driving, the Red Bull can do everything.”

After missing out on the constructor’s title to Mercedes in 2021, the team are now an impressive 76 points ahead of Ferrari in the standings.

Max Verstappen is building a similar gap to his rivals. Whilst his teammate is currently 46 points adrift, Leclerc is 49 points off the lead.

Referring to their performances this year, Webber continued:

“Red Bull have pretty much an answer for anything at the moment, Max could wrap it up with three races to go.”

Team orders have been a point of contention this season, with Perez notoriously protesting at the Spanish Grand Prix.

As the two drivers remain relatively close in the standings, some have questioned whether Red Bull would allow the Mexican racer to pursue his own championship title.

However, Webber supports the team prioritising Verstappen, believing that his performances speak for themselves.

He said: “I like Sergio a lot but over the course of the season, over time, Max will just find a way to start accumulating bigger points.

“In Azerbaijan, Max drove away down the road, it was a very emphatic victory. Then in Canada, it’s raining, it’s dry, it’s cold, it’s tricky and Max all weekend was phenomenal.”

In both Barcelona and Baku, Perez was told to let his teammate past. Whilst it may seem unfair watching at home, team principal Christian Horner summarised the reason for the instructions.

“I think today wasn’t strictly team orders,” explained Horner at the time. “It was just a question of you’ve got simply a faster car and a slower car.”

Looking at the race results alone suggests that Verstappen is therefore the faster of the two at Red Bull. This means that the Dutchman’s only true rival is Leclerc, who is still in the fight to win his first title.

How much of a challenge does Ferrari present?

It certainly looked like an extremely close fight at the start of the season. The first four rounds saw victories handed back and forth between Verstappen and Leclerc. However, Ferrari’s rhythm seems to have disappeared.

This is arguably the first time that the historic team has produced a car good enough for a title battle since 2019 – at least, before the fuel flow scandal ruined their performance.

Webber conceded that the Prancing Horse is a fierce competitor. Nevertheless, his faith in Red Bull is unwavering.

He said: “I know deep down they like the heat, delivering under pressure. Strategically they are brave, they are quite free, even with the trophy cabinet they have, they don’t have paralysis by analysis.

“Give them a job and they just get on with it. Hanna Schmitz, the race strategist, she was there when I was there. The same people have been through the tough times and the great times, that’s something I really admire.”