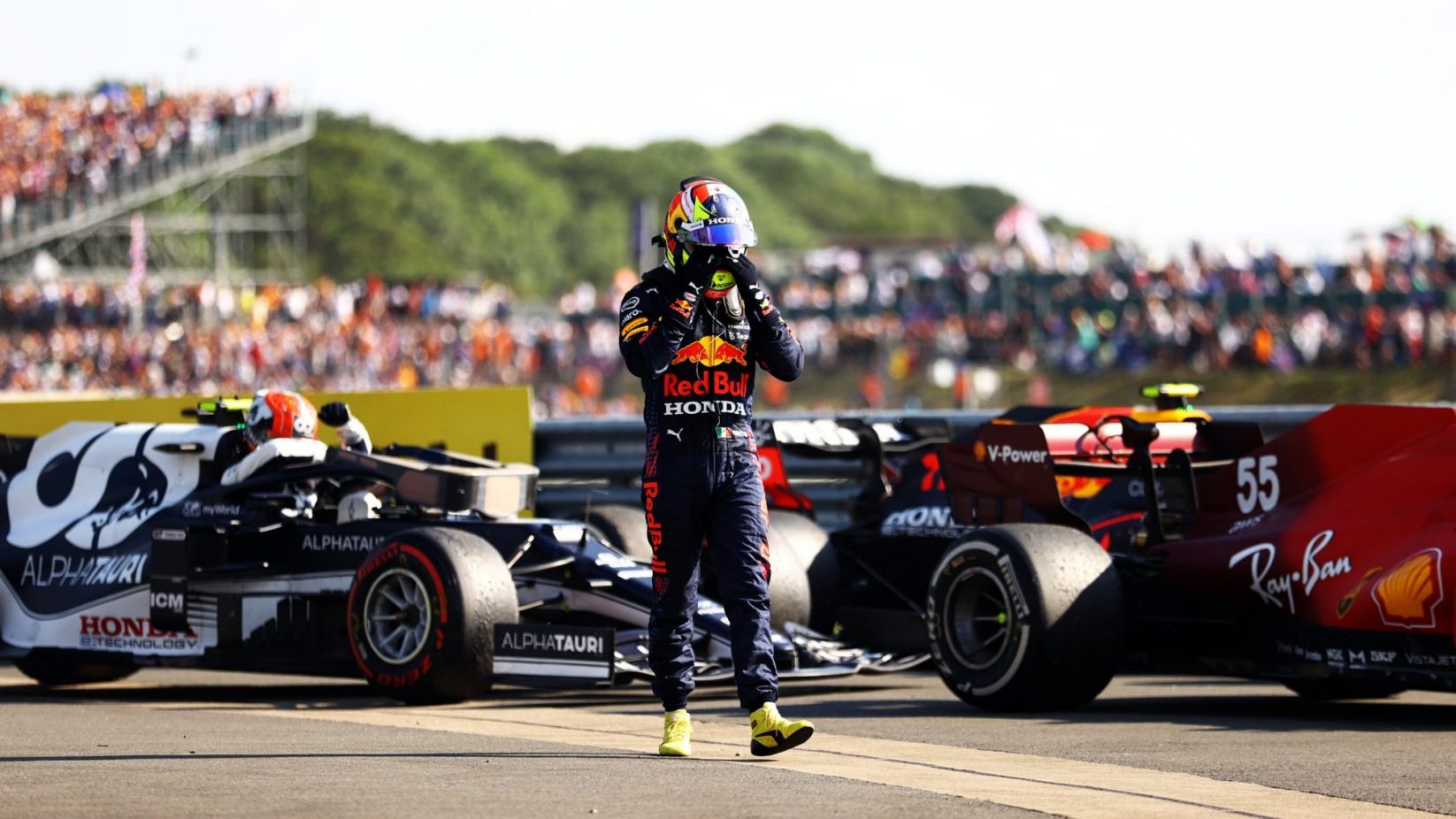 ‘We need to regroup’ – Perez reflects on tough Silverstone weekend

It was a difficult weekend for Sergio Perez who failed to score points for the first time since Imola in March.

The Red Bull driver first had a below-par qualifying performance on Friday, losing out to Ferrari’s Charles Leclerc.

But on Saturday, during the inaugural sprint qualifying, things got severely worse for Perez after spinning at Chapel – he would start Sunday’s race from the pitlane.

After going bold and completing his first stint on the hard tyres, the Mexican rather predictably picked off those ahead of him, working his way back into the points.

Yet with teammate Max Verstappen not scoring and rival Lewis Hamilton taking victory, Perez was sacrificed to take the fastest lap away from the Mercedes driver, pitting onto fresh soft tyres, completing four trips down the pitlane during the race and finishing 16th.

Perez believes that he could have taken some points away from Silverstone without the extra stops.

“I think with my mistake from yesterday, today we were able to make a lot more progress than yesterday but at the end we could have finished seventh,” Perez told Formula1.com after the race.

“I was looking after the tyres better than the people ahead.

“But then we went for fastest lap for some strategic reasons. I think overall it was a weekend that we have to forget and aim to come back stronger.”

After a tough weekend in Britain, Perez has already set his sights on the next race in Budapest.

“I think P7 was possible today,” he added.

“With a couple more laps I think I could have got Lance [Stroll] and Fernando [Alonso], but in the end, for strategic reasons, we decided to stop to take the fastest lap.

“It’s a weekend for us to forget and we lost a lot of ground in the championship.

“We need to regroup, work hard and come back as strong as possible in Hungary.”