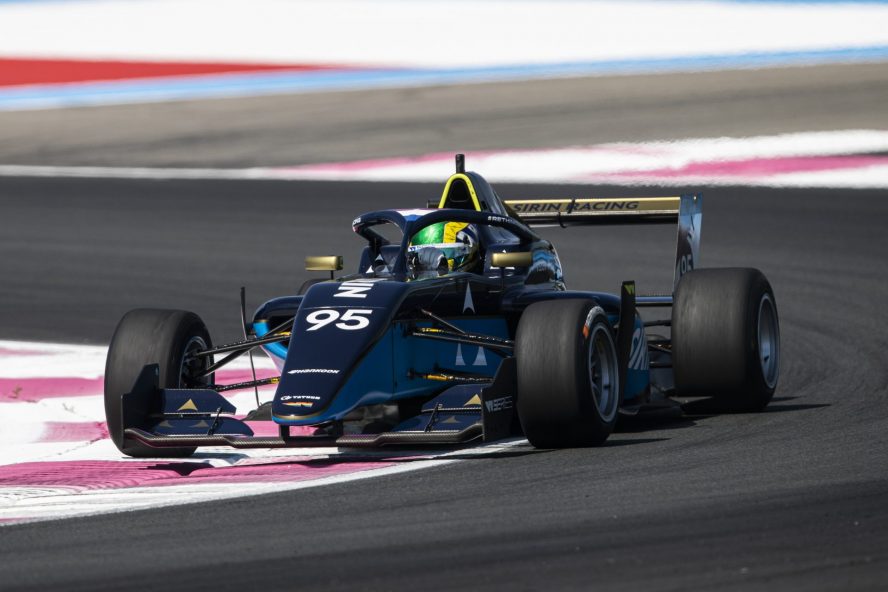 Beitske Visser will start from the pole position for today’s W Series race in France, as Jamie Chadwick was penalized after qualifying and will start “only” from P3.

Dutch driver Beitske Visser conquered her maiden pole position in W Series yesterday. The pole position was at first attributed to Jamie Chadwick. The Brit, however, was put under investigation for crossing the line at the pit exit and has now been penalized with a two-place grid drop.

Chadwick: “The penalty was justified”

No hard feelings from Chadwick, who admitted her fault in the press release: “The penalty was justified, it was my mistake and I knew I’d done it straight away so I was a bit nervous about it in the session. It wasn’t anything intentional, with the low light and the way the white lines are with the reflections it was a bit hard to see. I was looking in my mirrors and made the correction but by that time the damage had been done.

After that, I just tried to get my head down, do the lap and get pole, and I knew whatever will be will be afterwards. It’s a bit frustrating as usually it’s just a reprimand, but they judge it on a case-by-case basis and I’d crossed it by quite a bit.”

Visser: “We can fight for the win”

On her side, Visser will be able to start from the pole position for the first time in her W Series career to try and conquer her second victory: “I’m delighted to get pole position now, but it was a bit of a double feeling at the time! Yes, I’m back up there but it was only one hundredth to Jamie [Chadwick].”

As noted by the driver, Visser had already shown an impressive pace during free practice: “Practice was also good this morning, so the confidence we have in the race pace means we can fight for the win tomorrow. […]The race is going to be hotter so that will be tricky, but I’m starting from the best place.”

The lights will go out at 14:50 CEST. Will Chadwick be able to continue her record of winning every race so far this season or will W Series see a different winner on the podium?