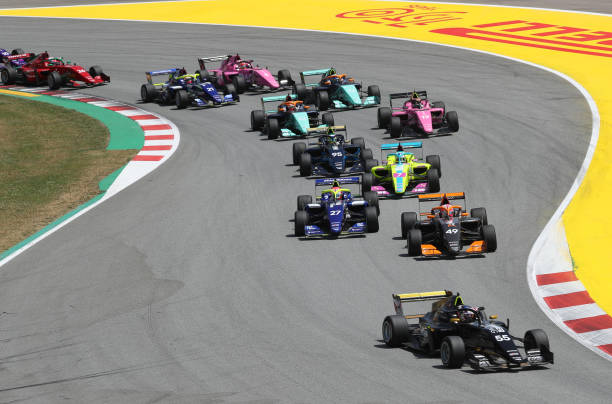 Jamie Chadwick, from Jenner Racing, during the W Series race of the Formula 1 Pirelli GP of Spain, held at the Barcelona-Catalunya Circuit, in Barcelona, on 21th May 2022. -- (Photo by Urbanandsport/NurPhoto via Getty Images)

There are conflicting views within the championship about transgender drivers.

Despite what team principal Caitlyn Jenner says, Catherine Bond Muir, W Series CEO, has insisted that transgender athletes are welcome in the category.

W Series is an ever-growing, all-female championship of racing to help women get into motorsport and, one day, help them compete in Formula One. The championship started back in 2019 and has seen numerous women compete. However, there were no transgender drivers on the grid in the previous seasons.

For 2022, a lot of changes in driver line-up and teams competing have occurred. One of the notable additions to the grid is Jenner Racing. This team is own by former racer and Olympic champion Caitlyn Jenner, who is a transgender herself.

However, Jenner has conflicting views to Catherine Bond Muir when it concerns transgender drivers entering the championship. The team owner has backed the restrictions on transgender athletes in the world of swimming, introduced by Fina (the governing body).

She said “it’s not about banning trans athletes.” It’s about “protecting women’s sports.” Jenner elaborated and said we need to keep “the playing field fair and balanced for women.”

“Why would we set it back? Let’s just keep it clean. There’s other things that trans women or trans men [can do]. They can compete in intramural sports and they can compete in co-ed sports on a different level. They don’t have to be at the high levels. So let’s keep it fair. Let’s protect women’s sports.”

Catherine Bond Muir, however, has expressed her openness at having transgender drivers within W Series.

Bond Muir said that she sees no issue with transgender women entering the championship. She said “given that men and women can compete equally in motorsport”, they will be received with “open arms.”

In response to Jenner’s comments, Bond Muir said that “everyone is allowed to debate”. She added that she thinks having these different opinions to debate is “really healthy”.

“What we do, is demonstrate that we are open to all … We need to keep informing and keep telling people that from whatever background you’re from, from what your racial diversity is, from what your sexual orientation is, is that W Series will welcome you.”

Females in motorsport are continuing to grow, but there’s still more work to be done. With the statements from Bond Muir, we could see a transgender driver join the championship as well in the future. Inclusivity is a big part of our world today and W Series are helping it develop.

The next round of the 2022 W Series season is at Silverstone. Viewers will be able to watch the fourth race live on Sky Sports and Channel 4 on Saturday July 2nd.