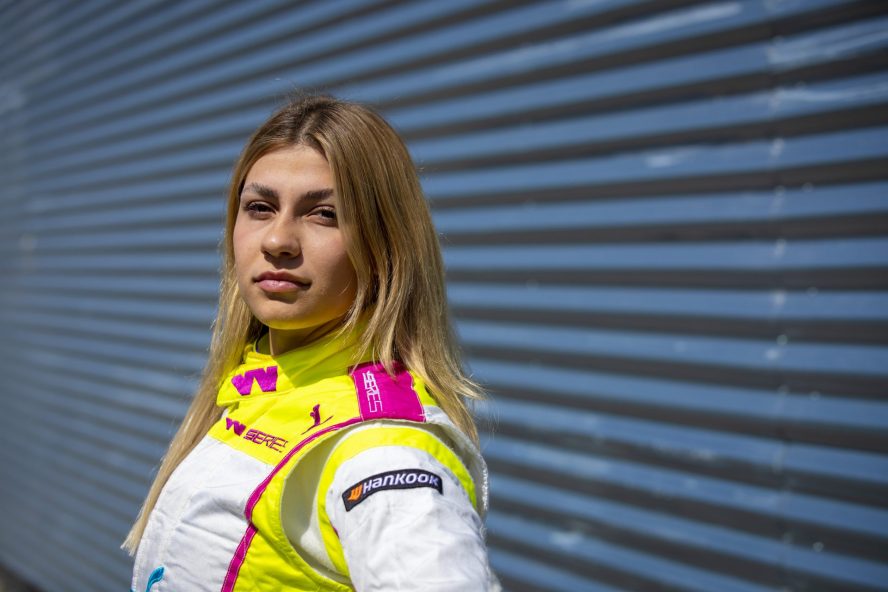 The Czech rookie is recovering from an injury suffered during FRECA

Czech driver Tereza Babickova will not take part in the next W Series race in Singapore set for the end of September. The announcement came after the rookie suffered an injury during a FRECA race in Austria.

19-years-old Tereza Babickova suffered a spinal injury on the 10th of September at the Red Bull Ring in Austria during a race of the Formula Regional European Championship by Alpine. The Czech driver has since returned home where she is currently being treated.

However, in order to fully recover, Babickova will not be allowed to race until further notice hence missing out on the upcoming W Series race in Singapore set for the end of September. Marina Bay had previously been announced as an addition to the all-female Championship’s calendar following the impossibility to race in Japan and it will be the first-ever W Series race in Asia. Babickova’s replacement for Singapore is yet to be revealed but chances are it will be W Series’ reserve driver Ayla Agren (28).

“First and foremost, I am glad that Tereza is in good spirits and receiving excellent medical treatment for her injury. She has made a good start to her W Series racing career this year, hence why several opportunities in other single-seater categories have come her way in the last few months.

She is a promising and determined young driver, and that combination means there is every chance that further opportunities, with the likes of Formula 3, will present themselves again in the future. For now, she is focusing on her recovery which W Series will support her in fully to ensure it is as quick as possible. We send her our best and wish her a strong and speedy return to racing in due course.”

Moreover, Babickova was also set to take part in the F3 testing this week in Magny-Cours. Obviously, it will be impossible for her to do so. Hence, Spanish driver Nerea Marti will go back behind the steering wheel after she had already participated in an F3 test last season.

Lewis Hamilton touches down on his retirement

Marti also expressed her gratitude for the opportunity given: “First of all, I hope Tereza has a speedy recovery and I look forward to seeing her back on track as soon as possible. I’m super excited to be taking part to this week’s Formula 3 tests. I was offered the same opportunity last year, and it was a really positive day during which I learned a lot. It will be really good to see my progression from last year and of course gain more experience with the F3 car.

“I really appreciate this great opportunity, and I want to thank Bruno Michel and his team, and also W Series for their support. I’m ready for it and I’m going to give my all again!”

Everyone at FormulaNerds would like to wish Tereza Babickova a speedy recovery and hopes to see her back on track as soon as possible!