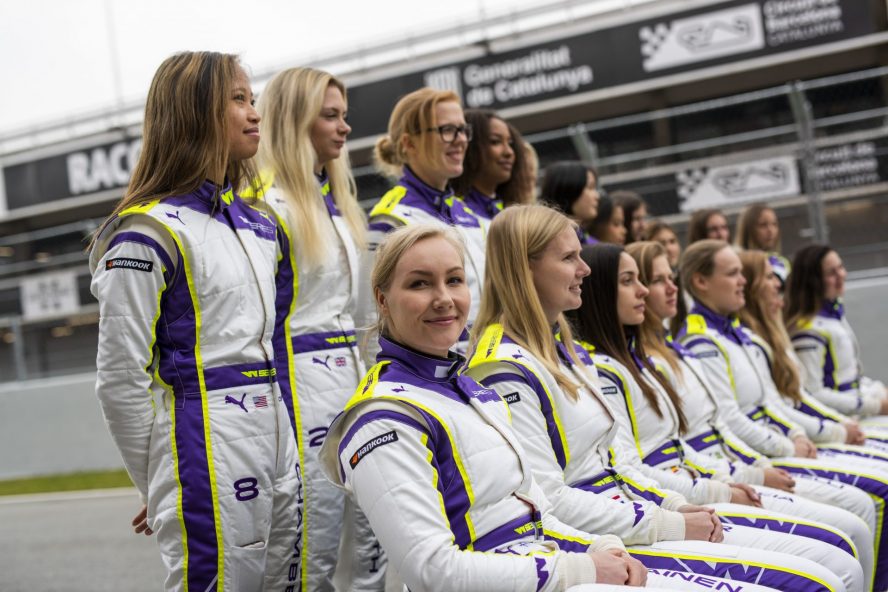 W Series will debut on Sky Sports for the 2022 season. The announcement arrives a week before the start of the third season in Miami (6-8 May), which will immediately grant fans a weekend of double racing.

According to W Series CEO Catherine Bond Muir in the latest press release, the debut of W Series on Sky is a testimony to the increased importance of the Championship: “Throughout our conversations with Sky, I’ve been impressed by their commitment to women’s sport and plans to amplify coverage of W Series across their vast portfolio of distribution channels, which will add real weight to our offering across broadcast, digital, and social platforms. “

Furthermore, W Series is preparing for its biggest season to date with 10 races in 2022: “W Series is an increasingly international series – more than half of the races during the 2022 season will take place outside Europe, including our first-ever race in Asia in support of the Japanese Grand Prix at Suzuka. Our broadcast partnership with Sky Sports reflects this, giving us great breadth of coverage across Sky’s global platforms and we’re excited to showcase incredibly exciting racing through fantastic content, direct to our fans.”

A change in the previous plans of broadcasting will now see Channel 4 airing the United Kingdom Grand Prix live while only showing the highlights of all the other races. While the move behind a paywall would seem counterproductive in light of the will to enlarge the audience, in the past year it was often noted the difficulty of switching between broadcasting services, as qualifying was only available on Facebook. Moreover, free television often had scheduling issues in the case of sessions being postponed or suspended as during the weekend in Spa 2021 which should now the solved by the Sky coverage.

We'll be broadcasting live coverage of every qualifying and race from the W Series starting with the double-header in Miami on 6th-8th May 🚀 pic.twitter.com/urtpnwUyxx

As believed by Sky Sports Managing Director Jonathan Licht: “It feels like Sky Sports is a natural home for W Series, given we have such a dedicated motorsport audience and a dedicated motorsport genre channel. We pride ourselves in being a good partner to sport and it’s been a privilege to work alongside Catherine and her team to come up with a broadcast offering that works for everyone. It is clearly a very exciting time to be a part of this journey.”

Moreover, W Series is now part of another historical step in promoting equality: “At Sky Sports we are committed to making sport more inclusive and I can now proudly say that, with the addition of W Series, every genre channel at Sky Sports now has both men’s and women’s sports coverage.”

Finally, the partnership between the all-female Championship and Sky extends to the United Kingdom, Italy, and Germany and is a clear step to promote W Series to the general F1 audience, which is used to following other feeder series such as F2 and F3 on the same channels and with the same television formats. Now, with the broadcasting team yet to be announced, it will be up to Sky to create a coverage as equal as the principles of the Series.