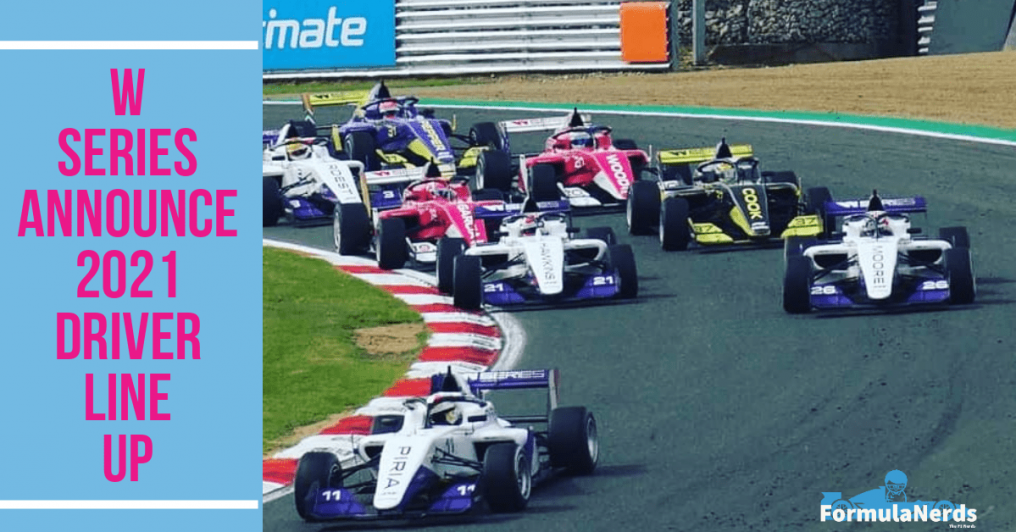 W Series have announced their 2021 driver line up, with 2019 champion Jamie Chadwick returning to defend her title. The all female single seater series recently announced that it would be supporting Formula One next season at 8 races.

The first 18 drivers have been announced, all of whom should have competed this year. As well as 22 year old Chadwick, 2019 championship runner up and 2020 E Sports winner Beitske Visser and third placed British driver Alice Powell will be joining her to fight for the crown.

“People are most aware of me because of W Series and the last two years have been a life changing whirlwind,” explains British champion Chadwick. “Winning the inaugural W Series championship in 2019 was the biggest stepping stone in my career, providing me with so many amazing opportunities. The same has been true for lots of the drivers from our maiden on-track season and it just proves that W Series’ mission to provide greater opportunites for women in motorsport is working.” 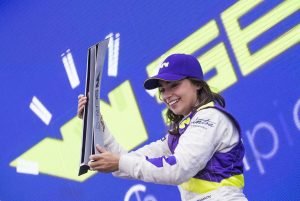 W Series CEO Catherine Bond Muir said, “I am delighted that the 18 drivers who would have competed in our 2020 on-track season will all get the chance to showcase their talents on-track in 2021, in partnership with Formula One. I am also pleased that they will be eligible for FIA Super Licence points as they do so.”

“This year has been incredibly testing for everybody , but our fast and fearless drivers have displayed remarkable resilience and dedication, and they can now look forward to competing on motor racing’s biggest stage thanks to W Series new partnership with Formula One. Our eight races next year will take us right across Europe and the Americas, and our 18 drivers represent 12 countries, therefore helping us to enhance the reach and impact of W Series globally, and to achieve our mission of inspiring young girls and women everywhere.” 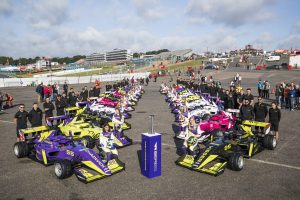 By Rhiannon Temporal15 hours ago

W Series will join Formula One at their races in France, Austria, Great Britain, Hungary, Belgium, Netherlands, USA and Mexico, significantly increasing the global reach of the sport and encouraging Formula One to be more diverse and inclusive.

Chadwick, who will be dual racing in W Series and the new Extreme E championship next year agreed that this new partnership could bring us a step closer to having a woman compete in Formula One.

“W Series new partnership with Formula One from 2021 is a ringing endorsement of the series and a testament to the immense skill of all the drivers,” she explained. “I am relishing at the prospect of racing alongside them on some of the greatest circuits in the world next year in a bid to defend my W Series title. FIA Super Licence points will be on the line and, having already had a taste of the F1 world in my role as development driver for Williams F1 team, I am determined to earn as many as possible and move a step closer to my dream of competing in Formula 1.”