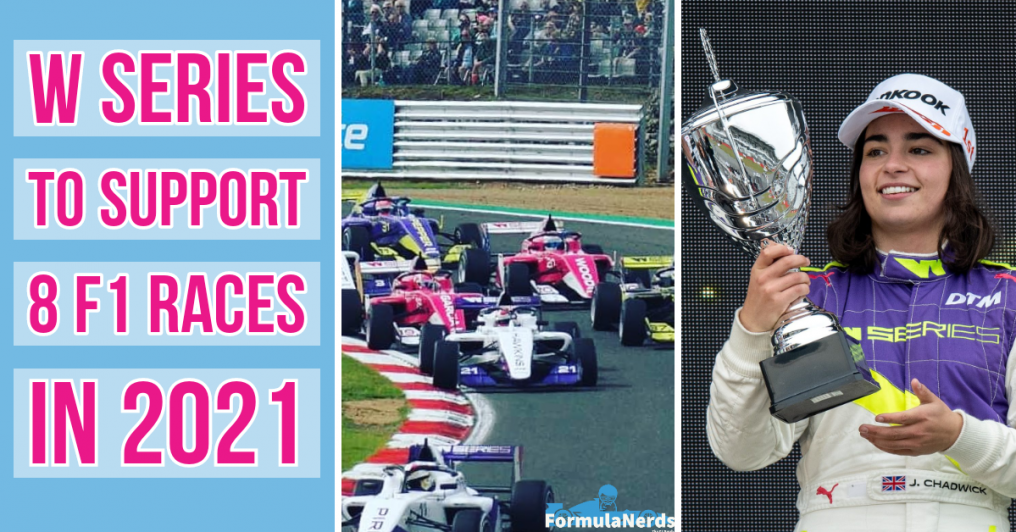 W Series, the all female single seater championship, has announced it will support eight races on the 2021 Formula One calendar. The locations and dates of the rounds will be announced in due course, but we should expect to see Circuit of the Americas and Mexico on the list after the announcement was made in January.

The championship’s inaugural season was in 2019, supporting six races on the DTM calendar with a spectacular championship finale at Brands Hatch. It’s aim was simple, they were here to shake up the motosport industry, break those glass ceilings and push aside the stereotypes. A grid full of talented women from all backgrounds in motorsport around the globe were given the opportunity to showcase their talents and inspire girls and women around the world. 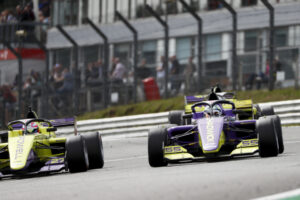 The series produced it’s first champion, British driver Jamie Chadwick, and joined the Williams Driver Academy as a development driver in the same year. Many of the drivers that have competed in the series have been able to use it as a platform to further their careers in motorsport and essentially race in top tier championships.

Supporting Formula One races next year, may do just that.

“After such a successful inaugural season, we at W Series are absolutely delighted to be partnering Formula One for 2021 and beyond,” stated Catherine Bond Muir, CEO of W Series. “Formula One is by some margin, tbe world’s premier motor series, and, when we promised that W Series would be bigger and better in the future, partnering with Formula One was always our ultimate objective.”

With the “ultimate objective” for W Series being the partnership with Formula One, I asked Catherine what the driving forces were behind the decision to get to this stage, given the success of W Series and all that it has achieved.

“I find it really heartwarming that we have been able to promote motorsport to all women,” she explained. “The amount of women working within motorsport is extremely small but it has been growing over the last couple of years, and W Series has been part of that.”

“The team at W Series are a great bunch of people who work extremely hard and believe in the mission we set out to achieve. They should be rightfully proud of the hard work they have done. Everyone believes in the mission of W Series, everyone has pulled together and here we are with this great announcement.” 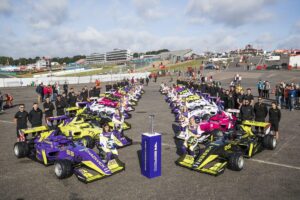 The mission that Catherine Bond Muir so passionately speaks of is to act as a catalyst to change the face of motorsport to enable a woman to gain the necessary experience and qualifications  and to take part in a Formula One race again. Now that W Series will be supporting eight F1 races in 2021, I asked Catherine where she sees the mission and the championship going from here.

By Jasmine Hughes12 hours ago

“I would like to see more women involved at all levels in motorsport. There is a big gap to fill. W Series in one stroke can introduce lots more women at driving level. Formula One was lacking diversity on track and W Series have resolved that.” she explained.

With the provisional F1 calendar announced, Catherine stated that she has a list of “around 10” locations that we will see W Series support F1 next year, although the new race at Saudi Arabia does not look as if it will be on the cards. “I have no objection to racing there but we would need to establish a meaningful relationship, and that could take some time to put together,” explained Catherine.

There has been no confirmation as of yet at what race the W Series season will commence, but it will likely start later than Australia in March and end in Mexico, at the end of October. The planning of the calendar has only just begun, with the logistics and the expense of the operation also taken into account when deciding what races to support.

Formula One have welcomed the news that this extraordinary series will be supporting eight races next year. “We are excited to announce our 2021 season this week and look forwarx to a thrilling season with an exciting mix of new races and established circuits that we missed during our unprecedented 2020 season,” stated Ross Brawn, Managing Director of Motorsport at F1.

“It is a really important moment for us to welcome W Series as partners for eight races this season. They have been a beacon to many since they began racing in 2019. We believe it is incredibly important to give everyone the chance to reach the highest levels of our sport and their partnership with Formula One next season shows our determination and commitment to showcase their exciting series and the importance of building greater diversity within the sport.”