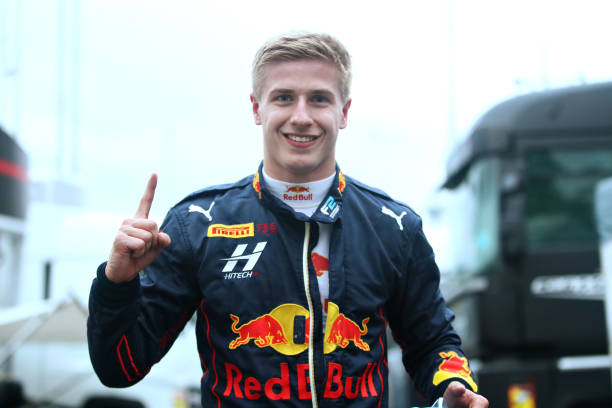 Vips To Drive In FP1 For Red Bull In Barcelona

The Estonian F2 driver makes his F1 debut ahead of the Spanish GP.

Red Bull has announced that their junior driver Juri Vips will take part in FP1 ahead of the Spanish Grand Prix. He’ll be driving Sergio Perez’s car in the first session of the weekend.

For the 2022 season, a new rule was implemented that mandated each team to run at least two young drivers in free practice sessions through the season. While some teams might struggle to find drivers to give the chance to, Red Bull has plenty of drivers in their academy to choose from.

Vips is one of five Red Bull juniors racing in Formula 2 this season. While he’s not currently the highest placed of those drivers in the standings, he’s the only one of them to have scored a pole position this year. He was very successful in his rookie year, being one of only two drivers to take two wins in one round.

Also taking part in FP1 this weekend is Formula E Champion Nyck de Vries, who will be driving with Williams.

“I found out I’d be doing it a couple of weeks ago,” Vips told Formula 2. “It’s the next step for my career.”

Vips is currently racing with Hitech Grand Prix in his second season of Formula 2. Three rounds into 2022 the Estonian driver sits eighth in the points standings. Several incidents and some bad luck have stopped him from getting better results, but he knows the pace is there.

Driving in FP1, Vips has said that the chore will mostly be working with the team to get up to speed.

I’ve gone through what I will be doing with the engineers so unfortunately no proper push laps for me. It would have been nice but it’s very important stuff for me to carry out. Maybe I’ll get to do some fast stuff later if I do a good season in F2.”

Vips isn’t likely to get another chance at a practice session this season, with so many other Red Bull juniors also looking for a chance. But there’s always the young driver’s test, which typically takes place the week after the Formula 1 season is over.