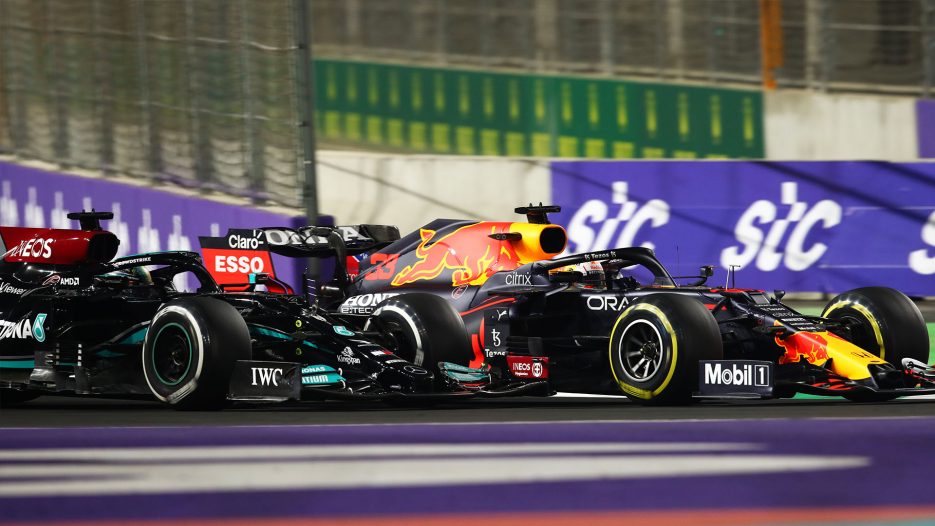 Over this weekend, the Jeddah Corniche Street Circuit will be trialing some video screen technology. This is an attempt at making the blind corners safer.

The last time we went to Jeddah, F1 and F2 had a huge number of red flags throughout the weekend. Alongside the red flags, there were many times when drivers had to take evasive action.

The screens would be placed in front of the entry to Turns: 13, 16 and 19. The screens will provide realtime footage of how the exit of the turn is.

The system is being trialed with the F2 sessions and if all goes to plan the screens should be active for the F1 sessions.

This should be of huge relief to many of the drivers who would like to know how the blind corners will be upon exit. There were many scary moments last time around and a few of them did happen through the blind corners.

Because the visibility around Jeddah is limited, the screens could provide additional clues. They could make the drivers feel more comfortable before attacking a corner.

The weather today has been incredibly dusty and windy. If this weather continues, the screens could be a very welcomed addition.

George Russell has said the idea could prove to be a good one. Obviously additions to races don’t always work out as Russell said:

Sometimes additions like these go pretty well, soemtimes they don’t.

Many safety additions in the past weren’t as warmly welcomed, such as the halo, however they have proved to become great (and necessary) additions.

George Russell has also gone on to say that if the screen idea works we could see them in “places such as Baku, Monaco, and Singapore maybe”.

The idea, in theory, is very smart but Lando Norris has warned that:

There might not be a lot of time to look at a TV screen and see what’s going on. But we’ll see. If it is good, then I’m sure we can try to implement it more for the rest of the season.”

It could also be a distracting new feature of the track which isn’t the best at such a high-speed circuit.

Should the screens be implemented for the F1 race on Sunday, it will be interesting to see their usefulness- especially in the opening laps when the pack will be much more bunched toegther.