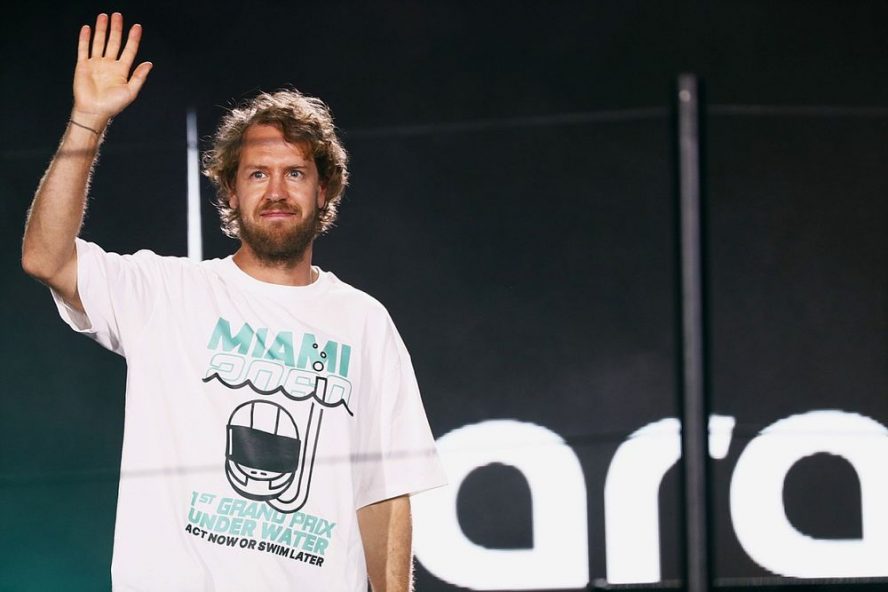 Vettel questions the Future and the UK Government

During his appearance on Question Time, Sebastian Vettel questioned the UK Government and the Future

If you tuned into Question Time last night you may have seen a familiar face- Sebastian Vettel. The Aston Martin Driver has been very vocal the past few years and took to the well-established panel show to voice his opinions.

How many #F1 world champions are on a commuter train in London right now? I’m going to say: “One.” pic.twitter.com/UTKxOhoLcW

During his week off, Sebastian Vettel has traveled to London and appeared at the Hackney filming of Question Time. In an appearance that many thought was bizarre, Vettel was asked numerous questions. Vettel chimed in on his thought about Brexit, Partygate, the war in Ukraine and Environmentalism.

Vettel is a big supporter of sustainability. At last year’s British Grand Prix, Vettel stayed behind after the race to clear up rubbish and recycling. Vettel has been a part of many initiatives for sustainability and one weekend last year helped children make a sustainable bee hotel.

Last weekend, Vettel wore a top saying “Miami 2060, the first Grand Prix underwater”. Now, Vettel is not new to wearing politically poignant t-shirts at races but this one was a first as it specifically mentioned the Grand Prix.

You’re a Formula One driver in one of the most gas guzzling sports in the world- Are you a hypocrite?”

Vettel, without jumping to the “F1 is becoming more sustainable argument” admitted that sometimes he questioned whether he was a hypocrite himself. He then spoke about how countries and governments should be aiming to become more sustainable on the whole.

Now many reporters have seen Vettel’s answer to this question as an indication that he could be leaving F1. This, however, didn’t appear to be the case. Vettel followed up his answer saying that driving a car is his “passion” and there’s nothing that feels like it. I’d say he’s still enjoying the sport.

On the issue of Partygate, Sebastian said that there are certain things “that you just can’t pull off” in reference to Boris Johnson. It was interesting to hear Vettel’s thoughts on the issue as he’s not from the UK himself. His outside perspective was beneficial.

Vettel said that in the end “he’s the one who made the law and then he breaks the law”. He then referenced that if he did the same when parenting his children he would have no credibility.

Bruce asked Vettel to wade into the argument and Vettel said that Brexit does “not look good”. He said that the three words “get Brexit done” have pushed to the country being separated from the wider community.

Vettel said he doesn’t understand why, in the current times, a country wants to be on their own. He argued that everyone needs to tackle climate change and social justice together and country’s cant do it on their own.

A Note on Ukraine

Vettel brought his opinion about Ukraine to the panel. He said that the warning signs for the war were there and that now we can spend time saying “what could we have done” but at the end of the day:

One thing we mustn’t forget is that the Ukrainian people are suffering today, tommorow and probably for a long time” – Sebastian Vettel

The topic came up when the panel discussed Finland and its place in international politics. Vettel finished off by saying that he couldn’t imagine the suffering and that we are very privileged.