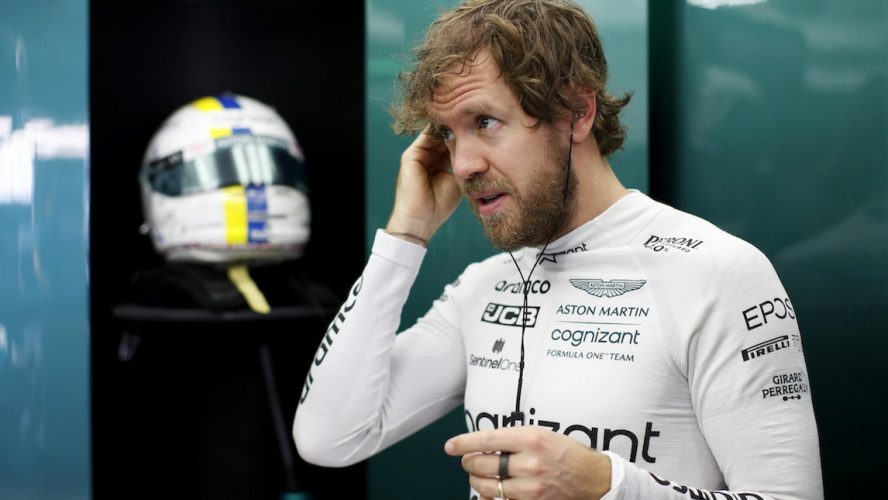 Sebastian Vettel has admitted he has been questioning whether to continue racing in F1, and an ex-driver thinks he will leave at the end of the current season.

The four-time world champion appeared on BBC’s Question Time last week after the Miami Grand Prix, having his say on many of the world’s pressing topics.

Vettel turned heads at the glamorous new grand prix when he turned up in a t-shirt drawing attention to the fact Miami is predicted to have fallen below sea level by 2060.

That is just one of many statements the 34-year-old has made in recent years, as his desire to push for environmental awareness and equality – alongside fellow multiple world champion Lewis Hamilton – has become stronger.

It was put to him by Question Time presenter Fiona Bruce, however, that his position as a Formula 1 driver may make his campaigns hypocritical.

Vettel conceded that it is something he has thought about and that it has made him question his future, saying:

“These are questions that I ask myself every day. I’m not a saint. When I get out of the car, of course I’m thinking ‘is this something we should do?’”

And in an interview with Formel1.de, ex-F1 driver Marc Surer said he believes that Aston Martin’s lack of competitiveness may even see the German leave when his contract ends this year.

“It doesn’t really seem that the team can become champion. Then why does he need all this?

“I see him fulfilling the contract and saying goodbye. Aston Martin was his last chance, and it doesn’t work there either.”

No return to the motherland

In another hint towards the fact that time may be ticking on his F1 career, he has also said he doubts he’ll race on home soil again.

The German Grand Prix has been missing from the calendar since 2019 – not including the one-off ‘Eifel Grand Prix’ at the Nürburgring during the COVID-hit 2020 season – but there have been rumours the expected arrival of German marques Audi and Porsche by 2026 could see F1 return to the country.

Vettel, though, thinks he will be gone before it does.

“I don’t know if Germany will make it in time for me. Obviously, I had the privilege to race in Germany for many years. I don’t know.

“I think in the end, obviously, if you look the places that we’re going, I think Germany is not prepared to pay that sort of money to have the grand prix. Simple as that.”