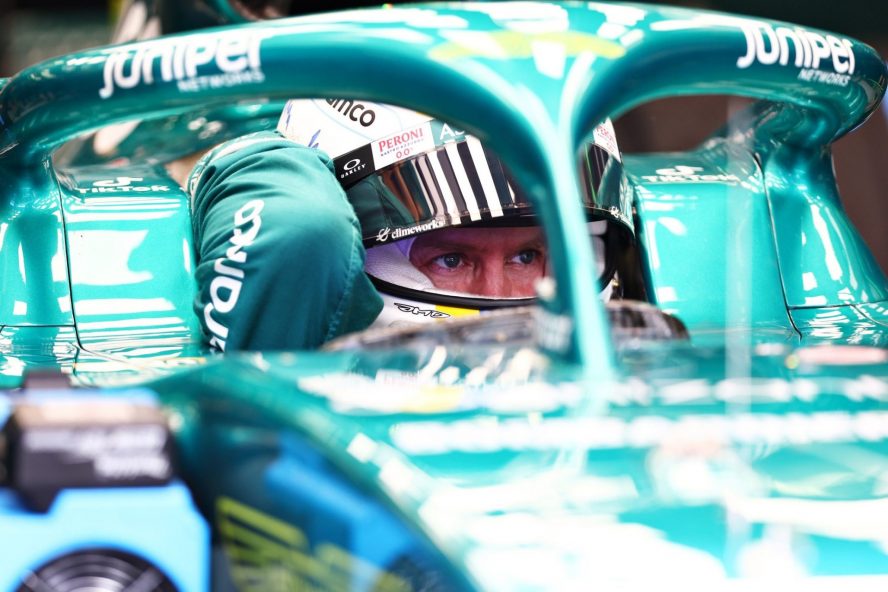 Vettel on crash with Schumacher: “We lost a good opportunity”

The first-ever Miami Grand Prix didn’t have a pleasing end for the two German drivers on the grid, as Sebastian Vettel and Mick Schumacher crashed on lap 53 and ended up retiring from the race while they were both running in the points. Despite the disappointment with the results, however, no hard feelings are left between the two.

The beginning of the season was less than ideal for Sebastian Vettel. The 4-times World Champion didn’t take part in the first two races due to Covid-19, retired in Australia, place eighth in Imola, and now retired again in Miami. On the other side, also Mick Schumacher could have used some reassurance with a good performance in the States, as he so far seems to be suffering from the comparison with new teammate Kevin Magnussen.

Hence, the crash between the two Germans, which happened while they were fighting for P9, was less than ideal, as admitted by Sebastian Vettel post-race and as reported by Formula 1: “I didn’t expect it, let’s put it that way. Obviously, a shame that we made contact and both of us out of the race, out of the points. That’s a shame.”

Vettel agreed with the stewards in considering the contact an unfortunate racing incident, while being sympathetic to Schumacher: “I’m disappointed for Mick and myself obviously that the two of us lost a good opportunity to score points today. I don’t know, I did not expect him, I need to have a look again. When I saw him, it was obviously too late, so we made contact.”

However, harder words came from Aston Martin Team Principal Mike Krack in the team’s press release, as he deemed Schumacher responsible for the accident: “On his fresh Mediums, Sebastian duly leveraged that tyre advantage to displace them both, and was then lying in ninth place, looking good for some valuable world championship points. Sadly, it all ended for Seb through no fault of his own, as a result of a coming-together with an over-ambitious Schumacher. “

By Katy Roberts4 hours ago

On his side, Schumacher, after stating he has no anger toward Vettel and will discuss with him the matter personally, agreed on considering the race a lost opportunity in the Haas’ press release: “The car was really good so I’m gutted that we didn’t get to stay in position – I think it was our best race so far this year. We’re all racers, we’re all trying, and it was always going to be tough to keep new tires behind us and it was very unfortunate to end the race in that way.”

Moving on the two Germans will have more opportunities in the next European rounds coming as the fight in the midfield remains extremely close and both Vettel and Schumacher will have to showcase their talent to get the best out of it and finally conquer some more important results for their teams.
Headline Image: Formula 1