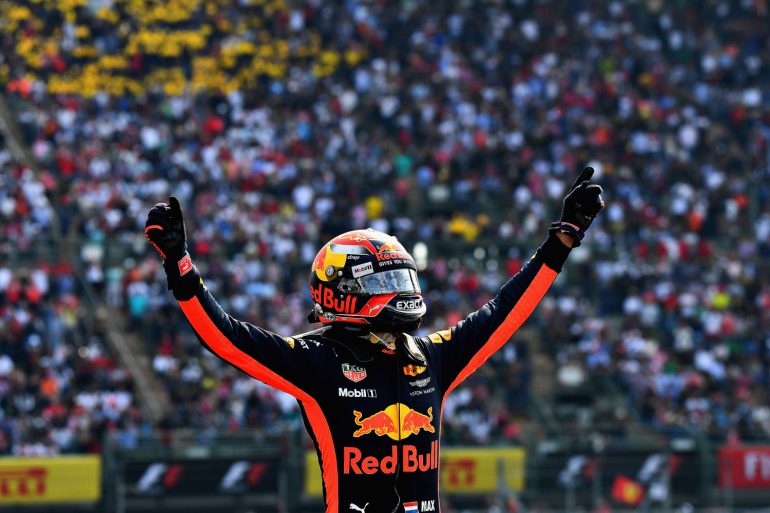 As fans of the F1 Offical Videogame will already know, the new circuit in Saudi Arabia has been available to players for over three weeks now. Whilst its combination of long DRS enabled straights and high-speed corners have kept players happy, it has also, inadvertently shown us the reason why Max Verstappen will claim his first world title this Sunday.

The 2021 Formula One season has been one to remember. Not only has it given us the closest title battle since 2010, but it has also given us weekends filled with wheel-to-wheel combat, heated off-track debate, and plenty of controversies.

Sadly, as F1 descends onto the streets of Jeddah this Sunday, all of it will come to an abrupt and rather dissatisfying end.

With two races remaining in the season, Verstappen leads the title race by only eight points. There are many different scenarios that would lead to the Dutchman claiming his maiden world title this weekend, but ultimately it’s in his best interest to not let Hamilton finish.

Luckily for Red Bull, they have three other drivers on the grid that have nothing to lose and a circuit that is begging to make history.

The circuit in Jeddah is stitched together by 27 high-speed corners, all of which demand clean and respectful racing. Now, for anyone who has watched this years title battle, Verstappen and Hamilton have built somewhat of a reputation for not leaving much space for each other to breathe, let alone overtake.

So, with wheel-to-wheel duels practically guaranteed in Jeddah’s compact city streets, controversial contact is a very real possibility – and there are plenty of opportunities for it to happen.

The short dart down to turn one’s narrow chicane resembles the one found in Monza, squeezing drivers into a tight turn two entry before spitting them out onto a long straight down to turn four. Unfortunately, we all know how that ended last time:

The exit of turn 12 marks the first of 3 DRS zones, forcing cars to go side by side as they enter the banked hairpin of turn 13.

Not only does this promote lockups going into the corner as drivers fight to outbreak each other, but its slim exit may force a similar outcome to the one in Hungary, where both Red Bulls suffered big damages.

The quick succession of corners in sector two resembles the Copse and Maggots corners found at Silverstone and gives trailing drivers plenty of additional pace due to its DRS zone.

With neither driver likely to concede, a repeat of Verstappen and Hamilton’s tangle in July is to be expected.

Sergio Perez and the AlphaTauri’s could also play a major part in Verstappen’s championship hopes.

Whilst Hamilton is likely to qualify at the head of the field, Perez and Gasly have already proven they have the ability and the pace to keep up with the 7-time world champion.

In Turkey, Perez defended against Hamilton superbly and forced the Mercedes to use up precious tyre grip and finish a disappointing sixth place.

Pierre Gasly proved his worth as a teammate in Qatar, helping Verstappen gain valuable positions by not engaging his DRS and letting the Dutchman pass.

These are huge factors that could come into play in Jeddah and effectively cost Hamilton a shot at the world title.

Let’s be honest. Max Verstappen deserves to be the world champion in 2021. You know it. I know it. Hell, even Lewis knows it.

However, just because you deserve something, it doesn’t mean it’s going to be given to you. A champion has to take what is theirs, and in Saudi Arabia, I have a hunch that at least one Red Bull will take away Lewis Hamilton’s last championship hopes.

Check out Jarno Opmeer’s full onboard lap of the Jeddah street circuit here: