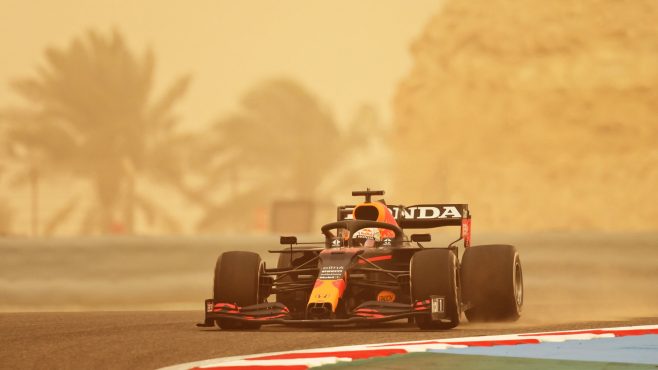 Max Verstappen topped the time sheets in the second session of the opening day of testing, as Mercedes continued to struggle as a sandstorm swept in over Bahrain.

The Dutchman finished third in the morning session but set an improved in the afternoon to set an impressive time of 1:30.626, just two tenths ahead of the McLaren of Lando Norris.  His team mate Segio Perez, will get his first taste of the Red Bull in tomorrow’s sessions.

Mercedes continued to be plagued with gearbox issues and lack of pace, with Sir Lewis Hamilton only managing tenth fastest under the flood lights. The Brackley outfit completed just 48 laps over the course of the day, the fewest of all the teams. Valterri Bottas only managed 6 laps and finished the morning session in 17th. He will take the driving seat again tomorrow afternoon.

Mercedes team boss, Toto Wolff, seemed concerned with the performance today, and is keen to resolve the issues. Every moment on the track counts this weekend, as this season’s testing has been cut to just three days instead of the six days that we saw last year.

“We weren’t very fast this morning because we did one lap with an aero rake. It wasn’t a good start because we had a gearbox issue that came out of nowhere and that we haven’t been ready to identify and understand,” he said during the lunchtime break. “So, I hope, if we are able to have a smoother ride from here onwards then I think we can recover. If we have more stumbling blocks then with three days there is not a lot you can do,” he added.

The sandstorm over the track during the first half of the afternoon proved tricky, as the tarmac lacked grip. But as the conditions cooled, we saw the quick laps come through thick and fast as Esteban Ocon took third for Alpine on soft tyres.  Aston Martin’s Lance Stroll finished fourth after a late surge on the Pirelli prototype tyres. 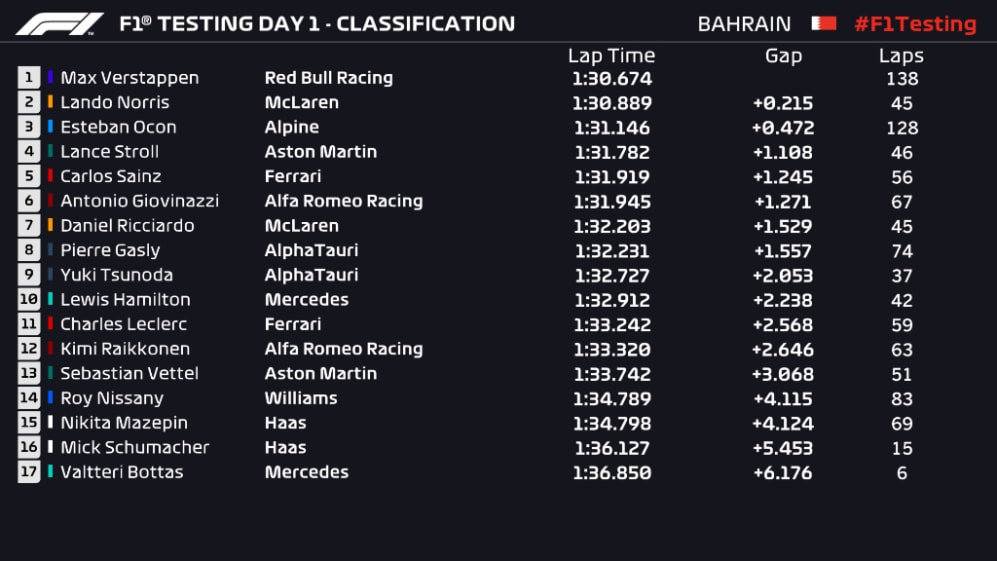 How Ferrari Dominated in FP3

Carlos Sainz finished fifth in his first outing for Ferrari, ahead of the Alfa Romeo of Antonio Giovinazzi in sixth. It was a productive day for Alpha Tauri as rookie Yuki Tsunoda made his debut in the AT02 and finished the session in 9th, half a second off of his team mate Pierre Gasly.

Williams gave their test driver, Roy Nissany, an opportunity to get some laps in. He was able to end the day in 14th position, ahead of their rivals Haas.  The American outfit revealed their VF-21 this morning, as Mick Schumacher took the first stint and managed just 15 laps after being hampered with a gearbox issue. His team mate, in car number 9, completed 70 laps in the afternoon session finishing in 15th. 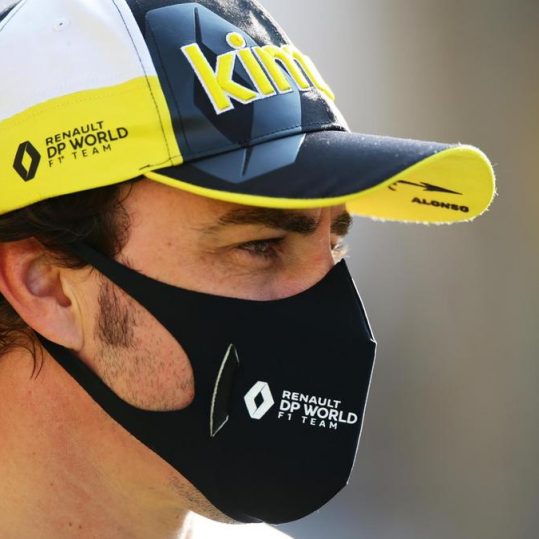 BREAKING NEWS: Fernando Alonso in hospital after being hit by a car whilst cycling