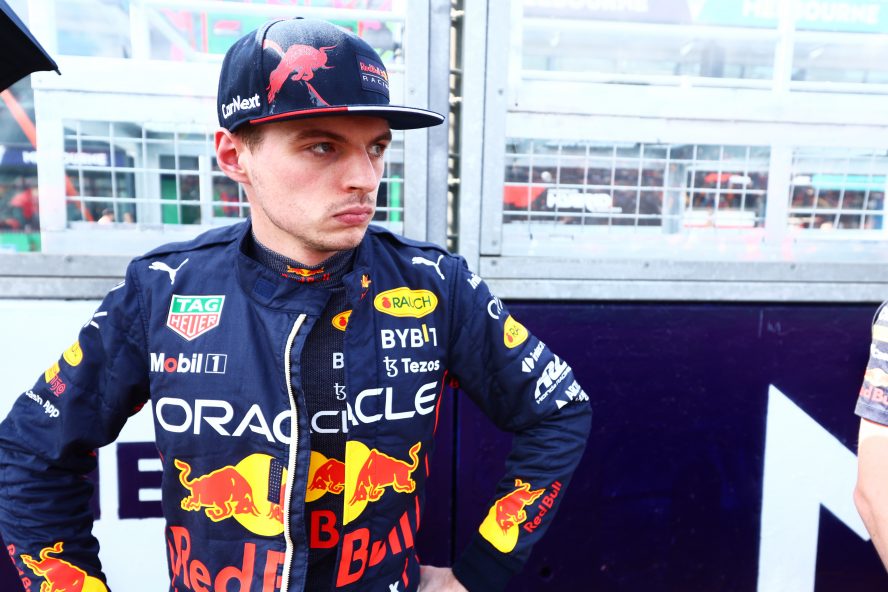 Max Verstappen suffered yet another DNF in Australia, after the beginning of the season that saw Red Bull-powered cars often having technical problems, and now the 2022 World Champion doesn’t hide worries about the title’s hopes.

While the overall performance of Red Bull in Australia would have still been frustrating but acceptable considering the gap in performance that made it impossible for the Dutchman to equal Charles Leclerc’s pace, at least it would’ve brought to Milton Keynes a good amount of points and limited damages looking at the future of the season.

Instead, on lap 42 Max Verstappen was forced to stop on track and retire the car due to technical problems, meaning the 24-years-old only finished one race out of three since the beginning of the 2022 season and is currently stuck in sixth in the Drivers’ Standing behind his teammate Sergio Perez as well as both Mercedes and Ferrari drivers.

Talking about his race in the Red Bull press release, Verstappen clearly stated his frustration: “It’s of course very disappointing to not finish today’s race, I don’t really know what happened to the car yet, we’ll take it back to the factory and regroup. I already knew there was a possibility ahead of the race that we might not finish but I tried not to think about it. “

“This is not what you need when you want to fight for the Championship, the gap is already pretty big. Of course, Checo did well to come second, he scored some good points.”. As a matter of fact, while Championship leader Charles Leclerc has conquered 71 points in three races, Verstappen only has the 25 points from his Saudi Arabian victory.

In 2022, Red Bull started building its own engines helped by Honda but the start of the season already saw both Red Bulls and Pierre Gasly retire in Bahrain, Yuki Tsunoda not even starting the race in Saudi Arabia, and now Max Verstappen not finish in Australia, causing obviously a concern in the box.

By Jay Winter15 hours ago

While admitting the prospects for the Championship now don’t look too good, the Dutchman also admitted a lot of work will be required to solve such issues: “Overall it doesn’t look like there is an easy fix so we need to work hard as a Team, there are a lot of things to work on. We’ll wake up tomorrow and focus on the upcoming races and do the best that we can. It is of course a long season and a lot can happen; I think at this stage we need 45 races! [laughs]”

Red Bull Racing Team Principal Christian Horner gave a hypothesis on today’s problems: “We think it was an external fuel leak and we need to understand exactly what has caused that failure, so it was a very frustrating race in that respect. But we are in this as a team and we will bounce back.”

Nevertheless, Horner agreed with Verstappen in looking at the future: “It’s a long season ahead and we have the basis of a quick and competitive car, but we need to get on top of these issues quickly and we will keep pushing.”