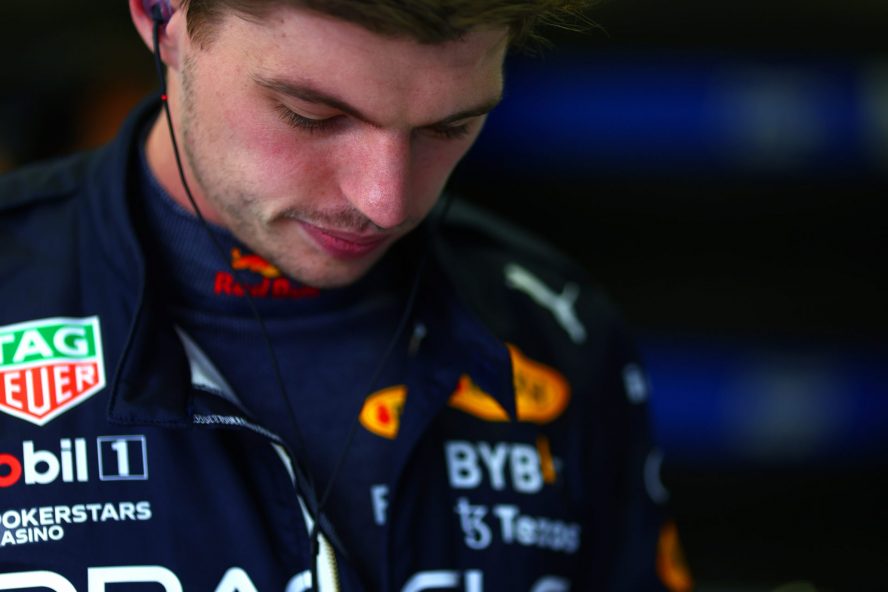 Verstappen defiant after boos at Silverstone

Reigning World Champion Max Verstappen was subjected to booing from the Silverstone crowd after qualifying. The Dutchman finished a wet Q3 in P2 and lines up behind Ferrari’s Carlos Sainz for the race.

Verstappen was in scintillating form throughout qualifying, comfortably the fastest car on track. His RB18 consistently found lap time throughout Q2 and Q3. He looked the favourite to be on pole position.

After missing out on P1 to Carlos Sainz, Verstappen pulled up in front of the grandstands for the post-session interviews. Audible boos rang out as the Dutchman was interviewed.  Racer is reporting that Verstappen has spoken about the experience following qualifying:

The Dutchman said he was” always happy to be here” and revealed he was struggling to hear interviewer Billy Monger. The reigning World Champion also had strong words for those booing, stating “I don’t care”:

“It was a bit disappointing because I couldn’t really understand Billy and it was a bit of a problem. But the rest — if they want to boo, they do that. For me it’s not going to change anything. I’m always happy to be here — it’s a great track, it’s a great atmosphere in general. Maybe some of them don’t like me. That’s fine; they all have their own opinions. I don’t care.”

The Dutchman had a couple of wide excursions in Q3, but was still finding lap time as the session drew to its conclusion. Revealing where his pace had gone on his final lap,  Verstappen explained he lifted off  after season long title rival Charles Leclerc spun his Ferrari. Verstappen knew at this point that chance to take pole from Sainz had gone:

“I had a yellow flag! Q3 was fine; just on my final lap I had a yellow flag so I lifted not to have any issues, but then you end up just being bending in qualifying but overall the car was good so it doesn’t matter. Of course it’s a shame to miss out on a pole position but I also know that tomorrow are the points and that’s what I like on a Sunday, to go racing, especially when you have a good feeling with the car.”

After qualifying, Verstappen’s arch rival Lewis Hamilton condemned the booing, stating “I think we are better than that”.  The Briton hinted that the Titanic title fight between himself and Verstappen may still be causing “pain” for the fans:

“I think we are better than that.  I would say we don’t need to do booing, but we have got such great fans and our sporting fans, they feel emotions — ups and downs — but I definitely don’t agree with booing.

“I don’t think we need to do that. We should be here pushing everybody. It doesn’t make any difference when you boo someone either — they have already made the mistake or whatever it is. I really do appreciate the support that I have here. I don’t know, maybe some of them are still feeling the pain from last year. I don’t know.”