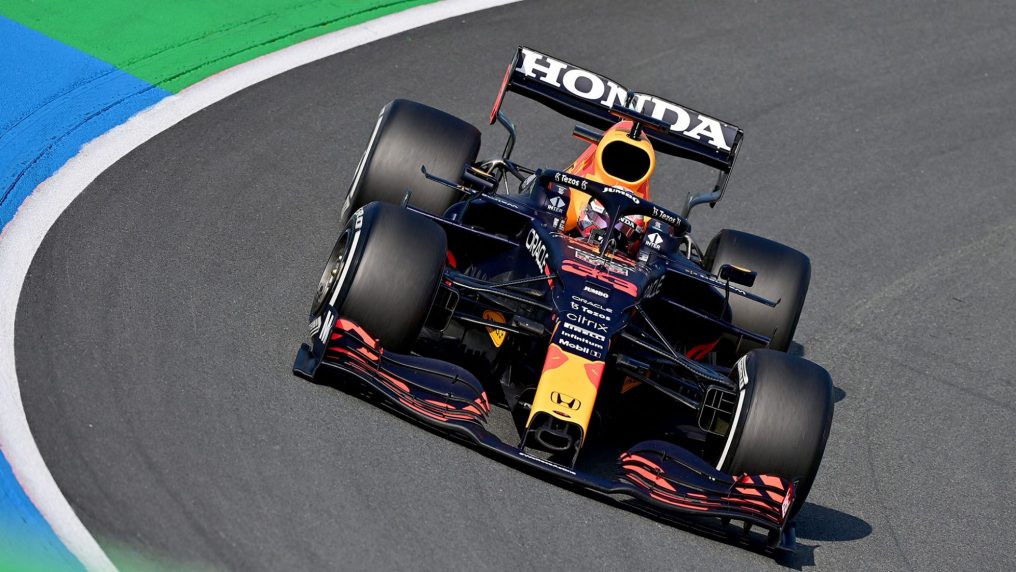 Max Verstappen was the quickest in final practice at Zandvoort and made himself strong favourite for pole position.

The Dutchman – who is competing in his first home grand prix – was 0.556 seconds clear of Mercedes’ Valtteri Bottas in second.

Title rival Lewis Hamilton was third in the other Mercedes, 0.794 secs off the pace.

Another lengthy delay occurred when Ferrari’s Carlos Sainz speared into the barriers at the banked Turn Three, bringing out a red flag.

The Spaniard lost the rear end upon entry and careered into the barriers, giving his mechanics a difficult repair job before qualifying.

Other drivers also showed they haven’t quite yet acclimatised to Zandvoort with Aston Martin’s Sebastian Vettel, McLaren’s Lando Norris and Haas’ Mick Schumacher all taking trips through the gravel.

Fernando Alonso was fifth in the Alpine, ahead of Norris and the other Aston Martin of Lance Stroll.

Vettel was eighth, followed by Charles Leclerc and Pierre Gasly to complete the top 10.

Thousands of Dutch fans have crammed themselves into the grandstands to see Verstappen this weekend.

The Red Bull driver gave them plenty to be excited about ahead of qualifying, going far quicker than both Mercedes cars in final practice.

It took a while for the home hero to emerge out into the Dutch sunshine due to the delay caused by Sainz’ crash, but as soon as Verstappen went out on track, he showed his dominance.

Hamilton meanwhile went out early in the session before the stoppage, to make up for lost time following his engine failure in second practice on Friday.

The British driver focused on long-run pace on the medium tyres before switching to softs late on.

Ferrari could be underdogs for pole this weekend, especially after their 1-2 during FP2.

It looked like it could be a similar story on Saturday morning when Leclerc headed Sainz at the top of the timing sheets briefly.

But Sainz’s heavy shunt has left the team plenty of work to do to ensure his car is ready for the start of qualifying after what looked like a big impact at the rear.

Leclerc also had difficulties and had to take an escape road after missing his braking point at Turn 11, ending the session in ninth.

Both Ferrari’s were top on the medium tyres, however, which could bode well for their race pace come Sunday – but couldn’t match this performance on the softs.

Here's how FP3 played out ⬇️

Who has been impressing you most so far this weekend?#DutchGP 🇳🇱 #F1 pic.twitter.com/YwXrc2GlU7