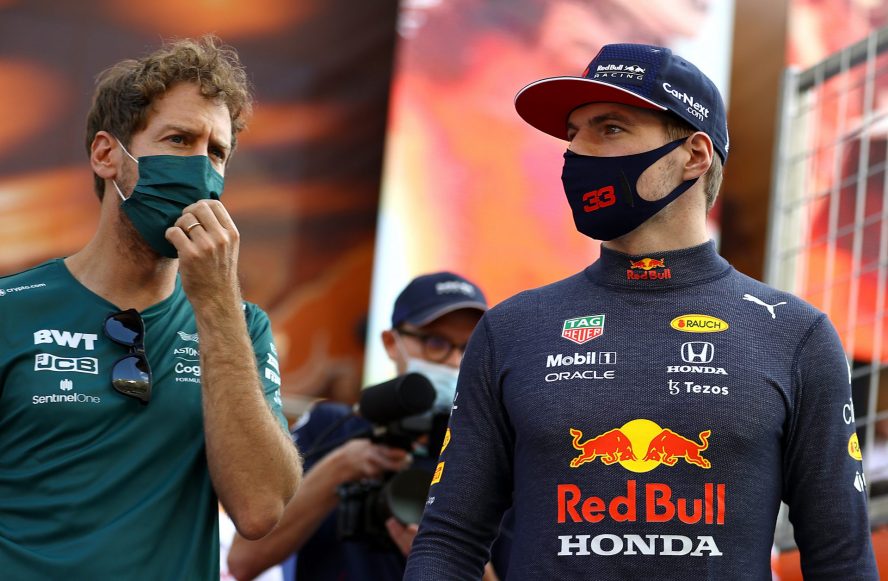 Verstappen and Vettel: “A big shame to lose Spa”

The iconic Belgian Grand Prix looks set to be dropped out of the Formula 1 calendar in 2023 and potentially only be present through rotation with other tracks. In light of the recent rumours, F1 World Champions Sebastian Vettel and Max Verstappen expressed their disapproval of the choice to leave Spa-Francorchamps behind.

Recent rumours emerged from the Circus believe the historic track of Spa-Francorchamps is at strong risk of being left out of the F1 calendar in the future. Currently, the Belgian track is not featured on the F1 experiences website and Spa-Francorchamps Commercial Race Director Stijn De Boever has confirmed ongoing talks with Formula 1 to modernize the weekend to maintain its place in the calendar.

Now, the risk of seeing the track which is considered “the university of Formula 1” being part of the past of the sport, reigning Formula 1 World Champion and half-Belgian driver Max Verstappen has openly declared to Autosport to be against the removal of Spa from the calendar: “It would be a big shame to lose Spa. It’s my favourite track in the world and also with the recent changes they did to the run-off and stuff. I think it’s just an amazing track in a Formula 1 car, any car to be honest, with all the high-speed corners and the flow it has in general.”

Vettel: “We need to be bigger as a sport”

Agreeing with the Dutchman, 4-times World Champion Sebastian Vettel admitted that, while the events of 2021 were obviously a bad look for the sport, Spa-Francorchamps remains an asset for Formula 1. As reported by GPFans.com, Vettel declared: “Spa is an amazing track. I don’t know any driver that doesn’t like driving at Spa whereas I do know drivers that don’t like the circuit in Russia – not because it’s Russia but because the track is a bit all the same.

“That [losing the Belgian GP] would be a shame. I have no vote in this but my vote would be to go to Spa, especially after what happened last year. We have [the race] this year but then last year was horrible. People paid their money and then the rain, there was no race, no refund. I think that was one of the opportunities where we need to be bigger as a sport to thank the fans that we had. But it would be wrong to lose Spa on so many levels.”

The ongoing conversation between the track and Formula 1 seems to leave however opportunities left to assure the permanence of Spa-Francorchamps on the calendar. Moreover, it will be crucial for Formula 1 to test the new layout in September and verify whether the Belgian track maintains the qualities to be one of the main cornerstones of the Formula 1 World Championship.