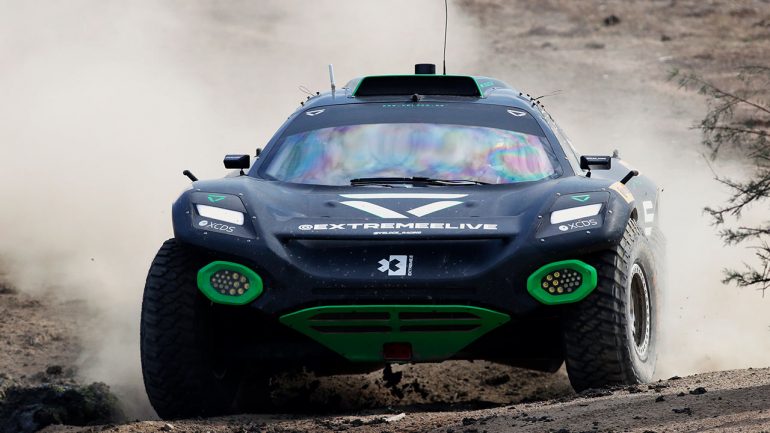 Extreme E is preparing for its second season after an overall successful debut in 2021, already facing many changes in 2021. In particular, Veloce Racing will present a new line-up in 2022.

The news came from the latest announcement from Veloce that presents Christine Giampaoli Zonca as the female driver for the team starting from next year, substituting W-Series Champion Jamie Chadwick. The male driver of the team is yet to be announced.

Jamie Chadwick’s plans for 2022 are still unknown and many believe in the possibility of seeing her role as Williams reserve driver enlarged, considering Chadwick now has the number of super license points to drive in F1 free practice sessions. What is certain however is that the Brit won’t return to W-Series, of which she has been crowned champion twice, and won’t race for Veloce Racing in Extreme E.

Veloce Racing Team Principal Rupert Svendsen-Cook declared in the press release Giampaoliu Zonca impressed during her first season in Extreme E: “With a very short break between Season 1 and 2, we’ve not backed off to ensure we kick off 2022 on the right foot and Christine GZ stood out as a driver above all others, who with very limited mileage, made very impressive as well as rapid progress in 2021. “

“For us, Christine’s talent is certain, and we’re committed to maximising her potential through further development to ensure we capitalise on that for our shared success. We’re delighted to welcome Christine to our very close knit Veloce family and we’re excited for what the future holds for us together.”

Moreover, Giampaoli Zonca showed enthusiasm with her new team: “I’m so excited to be joining Veloce Racing this year! They did an amazing job last season after a really tough start in Saudi Arabia, the car looked really competitive across 2021. I learnt a lot last year and I think that’s important going into Extreme E’s second season. Together with the team, I think we can achieve great things and we’ll definitely be targeting podiums and more!”