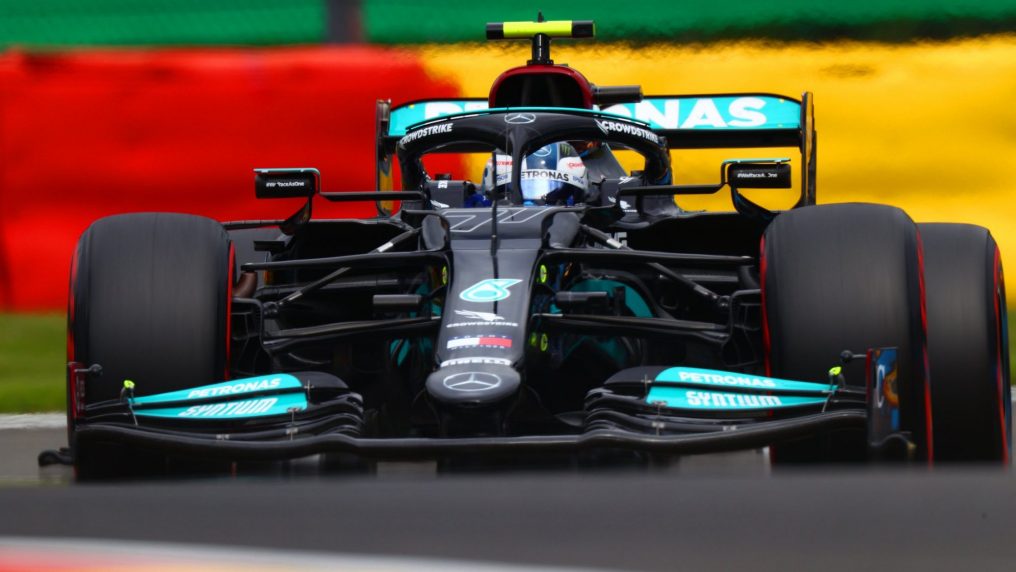 Valtteri Bottas sets the pace in FP1 in Spa

Formula 1 is back! After the summer break, Valtteri Bottas set the fastest time in the first practice session today in Spa.

Yuki Tsunoda took a spin in sector 1 early in the session after pitting for the hard tyres and spun blocking the pit exit with Sergio Perez trying to get on track.

Kimi Raikkonen had a difficult session, spinning early in the session in Sector 1, and then clipping the inside of the left-hand side of the pit entry wall.

Charles Leclerc was lucky to stay out of the wall during the last 10 minutes, taking a dip into the gravel at Turn 7. However both Ferrari drivers had a strong session with Leclerc finishing P4 and Carlos Sainz in P5.

Continuing the tight Championship battle, Mercedes appear to have maybe been struggling, before switching to the soft tyres, as Bottas topped the timing charts. However, Lewis Hamilton finished the session in P18, being unable to have set a time on the soft tyre, a surprising result from the 7-time World Champion. He was running a higher downforce set-up in comparison to Bottas, so will see what happen in FP2.

Now wanting redemption after the Hungarian Grand Prix and in their 50th Grand Prix with Honda, Red Bull’s Max Verstappen was just outbeaten by Bottas, whilst Sergio Perez was still experiencing some issues and damage since the collision in Hungary finishing in P6, who was almost a second off the pace.

In his 200th Grand Prix start this weekend, Daniel Ricciardo was looking strong most of the session but finished in P12.  Teammate Lando Norris, who also wants redemption from Hungary after being taken out by Bottas finished in eighth. Both McLaren drivers have more work to do to be higher on the grid this weekend.

After his podium disqualification, Sebastian Vettel came out fighting finishing in seventh, with Lance Stroll finishing just outside the top 10 in P11.

Alpine completed the top 10 with Esteban Ocon ahead of Fernando Alonso in the timing charts.

Today’s forecast shows a flurry of showers with a risk of rain for Free Practice 1 at 90%. Needing to save and conserve their wet and intermediate tyres (4 intermediates and 3 wet tyres for the whole weekend), the teams need to decipher the best times to use their tyres. But the rain held off during the session and meant they were able to preserve their wet/intermediate tyres.

The drivers and teams were hesitant to go out on track early in the session due to the track conditions, but most joined the track on the intermediate tyres before coming in to pit for slick tyres having set no lap times in the first 10 minutes.

In the second half of the session, drivers were opting to run on softer tyres with the track drying up and no sign of rain to come.