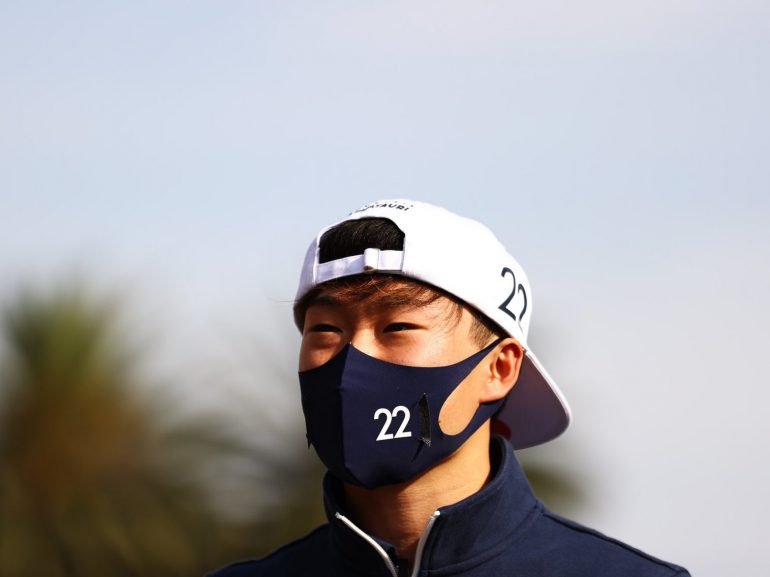 Tsunoda: ‘Nothing I can do more than that…’

Red Bull went into qualifying as the favourites to take pole in Mexico City, but an incident during the final flying laps in Q3 caused a surprise front-row lockout for Mercedes.

Valtteri Bottas claimed the 19th pole position of his career, ahead of teammate Lewis Hamilton. In the fight for the championship, Red Bull drivers Max Verstappen and Sergio Pérez will start from P3 and P4 respectively. Mercedes had topped the timing sheets after the first runs in Q3, but Verstappen hoped to make up the 0.350s gap to Bottas by getting a tow off Perez on his final run. However, he was forced to back out of his lap through the esses after Perez went off ahead, narrowly avoiding AlphaTauri driver Yuki Tsunoda who had ran off-track further up the road.

Perez himself had gone wide after seeing Tsunoda head off-track. Tsunoda had already abandoned his lap, and appeared to take to the run-off area to give the cars behind him space. As both drivers rejoined the circuit, Verstappen backed out of his lap before locking up in the final sector. He was heard saying over the radio: “Unbelievable, what a dumb idiot.”

Verstappen, Perez, and Red Bull team principal Christian Horner were left frustrated and angry at the incident with Tsunoda. Tsunoda himself posted on Twitter later, that there was nothing more that he “could have done in that situation”. An onboard replay showed how Tsunoda deliberately ran off track after his engineer told him over team radio, that both Perez and Verstappen were close behind on a flying lap.

Nothing I can do more than that…

However, the effect of that move was not quite, what the rookie had expected. Perez later explained: “The distraction was [down to] the fact that I was too close to him on braking,” he explained. “Once I [braked] there was no downforce and I just lost it. I think P3 was possible, but the Mercedes were too quick today.”

“I don’t know what happened between Yuki and Checo,” said Verstappen afterwards, “But they ended up of course both going wide, and when you arrive at that speed, you see a lot of dust, so… [you’re] thinking maybe there’s a car spun or crashed or whatever.

“So I lifted off in 10, and I realised they’re driving slow so they probably ran into each other a bit. But then of course your momentum is gone, I lost two and a half tenths already from my lap time; you try to recover that in the last sector, but that never works. So a big shame – from our side this is a terrible qualifying and we deserve to be where we are at the moment.”

“I think we got Tsunoda’d.

“Both drivers were up on their last lap. Max was up two-and-a-half tenths, I think Checo was just under two-tenths up. I don’t understand why he was just cruising around at that part of the circuit. It’s disappointing because it affected both of the drivers because they’re both pretty annoyed. But we’re still second row of the grid and can have a great race from there.”

As we are going into the Mexican Grand Prix, Verstappen leads Hamilton by 12 points in the driver championship standings.