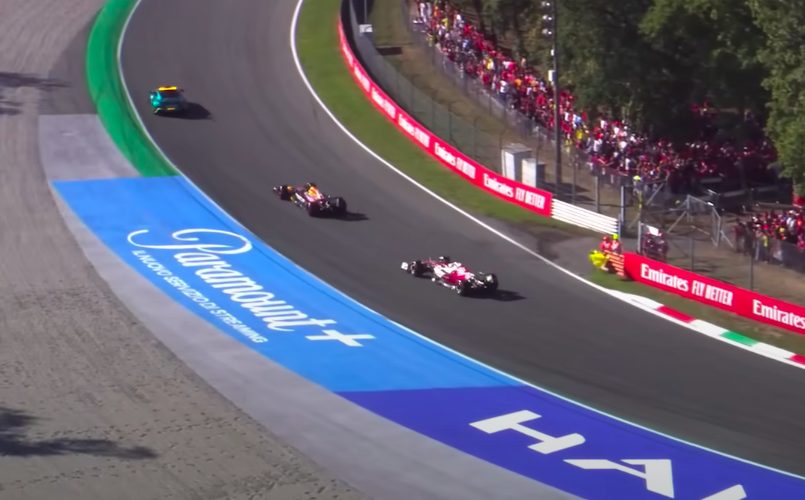 Toto Wolff appears to be happy with the safety car conditions last weekend which he believes followed the correct procedures.

Max Verstappen cruised to victory at Monza under a safety car finish, following a withdrawal from Daniel Ricciardo. This sparked wild controversy with both fans and teams appearing to be unhappy with the result.

However, after the Italian grand prix, Toto Wolff spoke to Sky Sports about the safety car situation.

“From my perspective, whether I’m Abu Dhabi traumatised or not, these rules have been followed to the dot.”

He then went on to say:

“I’m really satisfied to see that there is a race director and colleagues that apply the regulations against the pressure of the media and the fans to just be in breach of the regulations.”

A good result for Mercedes

Unlike some teams, the race was a good one for Mercedes. A third place and fifth place finish proved to make the weekend a fruitful one. Another podium for George Russell was especially pleasing for the Mercedes team and fans.

“Three and five is probably the maximum exploit.”

However, it was not such a good result for both Ferrari and McLaren. The Safety car finish frustrated Charles Leclerc who was hoping for a chance to race Verstappen for the lead. When told that the race would end under the safety car, he shouted:

McLaren also lost out from the situation as Lando Norris lost position to Sergio Perez after pitting for new tires. They appeared to be pitting their driver in anticipation of a resumption in racing. But this was not the case.

The backlash and uproar about the safety car held many similarities to the Abu Dhabi grand prix. In fact, many fans have been comparing the two incidents. However, Toto Wolff believes that the FIA have improved their decision making from last year’s race.

“So at least Abu Dhabi in that sense gave the FIA more robust confidence to apply the regulations.”

“Only one time in the history of the sport where they haven’t done the rules like that today and that’s the one where it changed the result.”