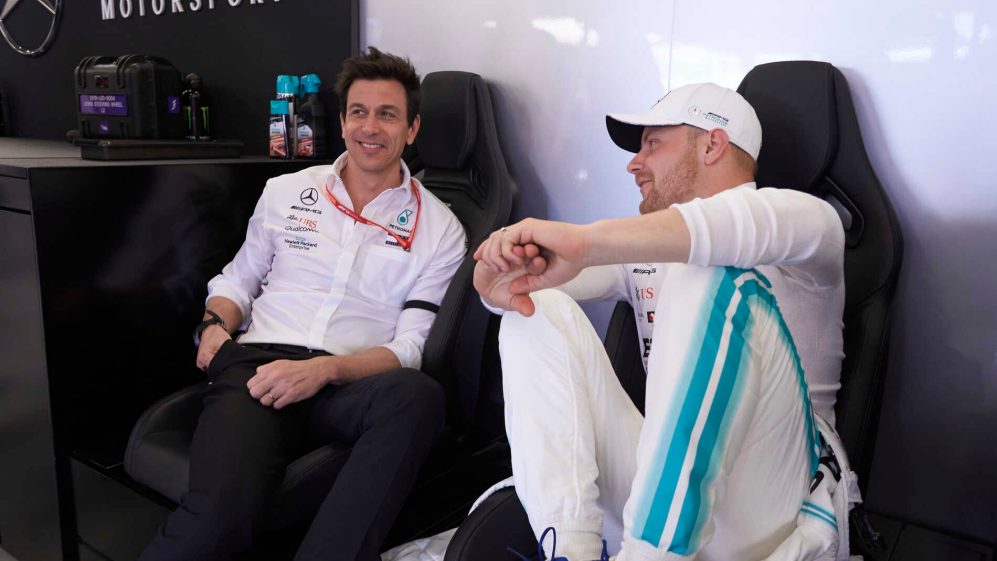 Despite the fact that the George Russell rumours are growing stronger every day, Toto Wolff has heaped praise on Valtteri Bottas as the season hits the halfway point.

Many have criticized Bottas’s performances have come under question, his boss disagrees with the criticism. Speaking to GPFans global  Toto praised the Finn, saying “He has also had a lot of bad luck when I think about Monaco where he should have finished second on the road, and we let him down. It’s very harsh.

“And if your team-mate is a seven-time world champion, a 100-Grand Prix winner, obviously, that will be difficult.

“He is a great team player, he has won multiple Grand Prix, has been on call all the time, 53 podium appearances, and that is a solid, very important pillar for us as a team that needs to be considered.”

Wolff also emphasized the importance of considering the future, mentioning the possibility of George Russell being Hamilton’s long-term replacement.

This, plus other recent statements from Toto Wolff seem to suggest that his mind is nowhere near made up when it comes to his 2022 drivers. Lewis Hamilton is of course confirmed. But, the second seat seems as open as ever.

Who do you think will get the second Mercedes seat? Let us know on Formulanerds social media!