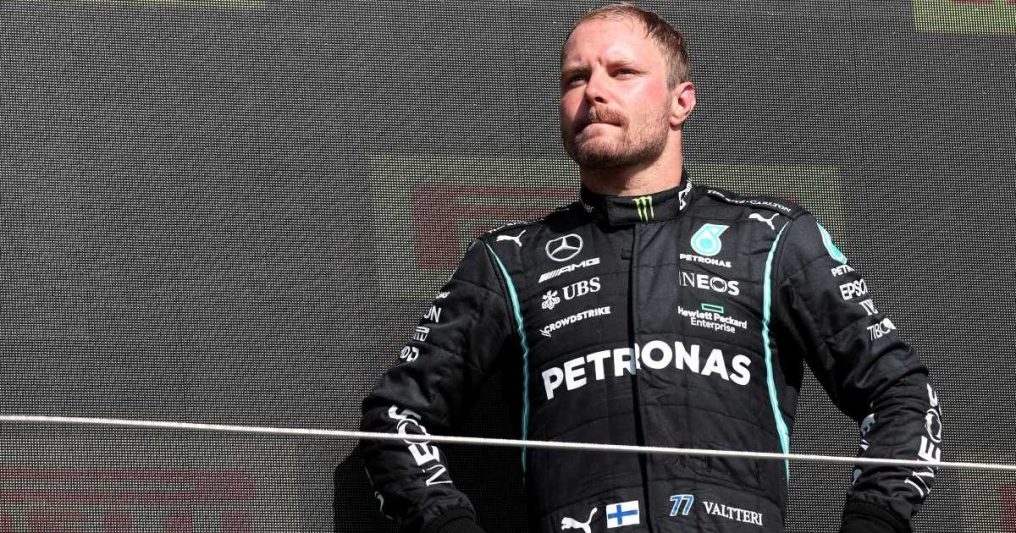 Valtteri Bottas has been under fire recently. His performances have been (harshly) questioned and in recent weeks he’d had the most pressure on him of any driver in the field. Despite this, over the last few weeks, his results have been extremely strong, and this weekend was no different.

Many people agree that it’s hardest to perform well when you are under intense pressure. Valtteri Bottas however, seems to take pressure in his stride. Although he hasn’t won a race this season, in the last few races he’s done everything he needs to do for himself and Mercedes.

At Silverstone, Valtteri unquestionably played the team game. Normally, this would annoy Bottas fans like me, but it was actually praised by Toto Wolff this week, WOW.

Bottas gave Hamilton a tow for every meaningful qualifying run on Friday, allowing Hamilton to take the fastest qualifier and left Bottas P3. Bottas was also able to hold this position in the sprint qualifying, meaning he’d start there on Sunday. Despite a slow start, he fought back, ensuring a podium finish on Sunday. During the race he also played the team game, letting Hamilton past allowing him to take the win.

In history, these performances from Valtteri would go under the radar, but not this week. Mercedes team principal Toto Wolff was quick to praise Valtteri after the race: “He had a brilliant weekend in my opinion because he could have been on pole if he would have had a tow on Friday night and that was obviously impacting his performance,” Toto explained “If you’re on pole it’s much easier.

“And he was very quick [in the race], he drove a really solid race and just Lewis coming from behind on that hard [tyre] was just in another dimension to everyone else on track. But Valtteri was the second-quickest car out there and helped for Lewis to secure the way and Valtteri’s just a great team member and great driver with the right character and personality.

“He has been a teammate of the best Formula 1 driver of all time and that is not always very easy to shine but he’s fantastic.”

By Catherine Micallef12 hours ago

Toto Wolff also said that this ability to play a team game would factor into his decision regarding the 2022 seat.

Many were expecting Russell to be announced over the Silverstone weekend, but the Brit confirmed that this would not be happening. This weekend also confirmed (to my mind) that no deal was signed at all. If Valtteri knew he was leaving Mercedes, chances are he wouldn’t play the team game. It seems VB knows he won’t win the 2021 title (although if Max and Lewis keep crashing who knows) so his best chance for the 2022 seat is to get on the Wolff’s good side.

Does this increase Valtteri’s chances for 2022? Let us know on Formulanerds social media!