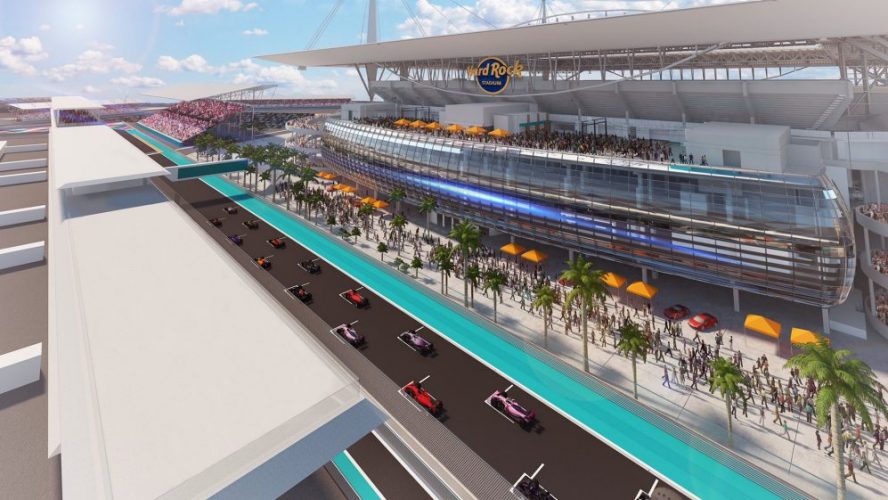 Tom Garfinkel On Miami GP: “Too many constraints to have a good racetrack”

For the season, a magnificent Managing Partner of the Miami GP welcomes our new circuit.

Tom Garfinkel is also the Vice Chairman, President and CEO of the NFL’s  Miami Dolphins and well-versed in what’s relevant to excite Formula 1 fans in few days time.

It’s crucial point in the season where drivers would like to prove themselves on this track. He’s here to tell us how they can.

Garfinkel has established himself in other superior roles in sport. His leadership positions include ties to sales and marketing for Miller Brewing Co and Texaco Inc. He’s improved NFL’s Miami Dolphins’ stadium and the upcoming Miami Grand Prix Hard Rock Stadium. The Miami Grand Prix circuit has a deal on hand for ten years. We’ll see as it progresses since it’s beginning in 2017.

I was talking to Chase Carey and Sean Bratches [F1’s former Chairman and CEO, and Managing Director of Commercial Operations, respectively], and at that time we were investigating the possibility of putting the race on in downtown Miami. But the reality was, first and foremost, there were too many constraints to have a good racetrack there with excellent racing. You have constraints around the roads downtown that don’t allow you to construct a track that has a lot of opportunities for overtaking. I think, secondly, getting people in and out of that area downtown is difficult, particularly this many people.

With any type of construction, there are always challenges. Investigations were carried out to ensure everything was up to par.

It took time to manage all of the due diligence and logistics. When Stefano Domenicali was hired, things took off to align Miami for this year. It was important to ensure the big picture vision for the venue from staff to operations.

Garfinkel admitted, “Having worked in auto racing for a big chunk of my career, I appreciate and recognise how special Formula 1 racing is. These drivers, the teams, the technology, the competition, and being able to introduce that to new fans here in the United States, is a special thing for me. I think we’ve got a great presentation and relationship with Formula 1, and they want to grow this sport here in the United States and we want to be a big part of that with them and work together to do that. Obviously, Liberty Media have done a fantastic job during their tenure of ownership in growing the sport globally and trading competitive parity and telling the great stories that exist in Formula 1.”

He’s honoured to have provided a track worthy to race on and help grow the sport. This will be something fans talk about and work towards growing motorsport community experiences.