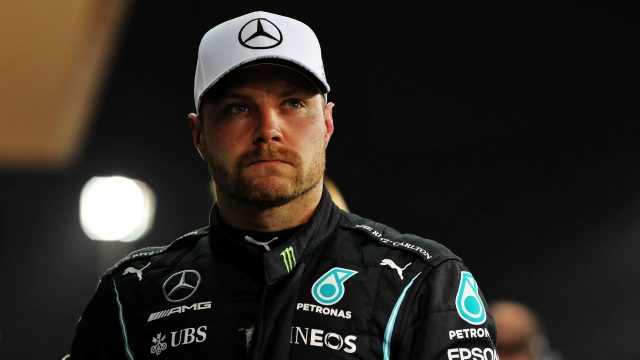 The Unfortunate Finn – The Story of Valterri Bottas

A Retrospective of Valterri Bottas' Most Unfortunate Moments

Valtteri Bottas took his 19th pole position on Saturday in a weekend that was shaping up to be one of the Finn’s finest performances. However, in an unlucky tussle with Daniel Ricciardo, the Finn added to his list of unfortunate events behind the wheel of one of Formula One’s most dominant cars.

Born in Nastola, a Finnish town of just 15,000 people, Valterri Bottas joined F1 as the next “Flying Finn”. Following in the footsteps of Mika Hakkinen and Kimi Raikkonen, Bottas showed exceptional promise as a youngster, winning in Formula Renault and the GP3 Series before joining Williams in 2013.

In just his second season in Formula One, he finished 4th in the driver’s standings, beating out the likes of Sebastian Vettel, Fernando Alonso and teammate Felipe Massa.

His move to Mercedes in 2017 after the shocking departure of Nico Rosberg was expected and in the minds of many, it signalled the start of another “Flying Finn” dynasty. Behind the wheel of one of the most dominant cars in F1 history, Bottas has secured 10 race wins and 56 podiums, making him the 35th most successful driver in F1 history.

Not only have these numbers put his name among elite company, but it has also ensured that he is a regular feature in the title race. Unfortunately for Bottas, a shot at the world title is a feat that is quickly disappearing due to a series of unfortunate events that is way beyond any drivers control. Bottas’ performance in Mexico sums up the Finns career in F1 to a tee. On numerous occasions, he has shown he has the pace to outqualify the majority of the field on a weekly basis and is a proven race winner. Despite topping the timesheet in qualifying, Bottas’ Sunday moved from bad to worse in Mexico after numerous pit stops and endless traffic hampered the Finns success throughout the race.

This is just one of a series of examples that can be made to show just how unlucky Bottas has become behind the wheel of the Mercedes. Despite being in prime form in 2020, Bottas suffered numerous setbacks in 8 of the 17 races he competed in, ultimately costing him any chance at contending for the title.

Phantom punctures, pit stop blunders, and power unit failures are just some of the misfortunes that have led Bottas to retire from 9.7% of the races he has entered in a Formula One car. Of course, the car is not always to blame, and just like any other driver on the grid, Bottas has made his fair share of mistakes when in pursuit of the top step of the podium. However, for most of his time at Mercedes, Bottas’ ultimate success has been hampered by the 7-time world champion that has sat beside him.

Having Lewis Hamilton as a teammate has never ended well for any driver, with the Brit beating out his closest ally on 11 separate occasions over the last 13 seasons. Acting as Robin to Hamilton’s Batman, Bottas has been a key figure in Mercedes continued domination over their rivals but unfortunately, he has never been given the chance to show his true heritage as the next “Flying Finn”.