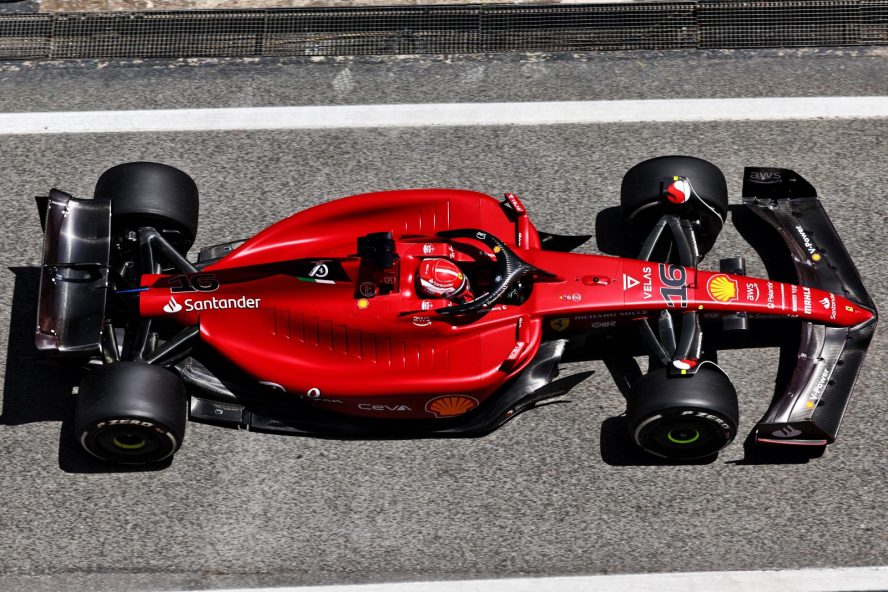 2022’s apparent title rivals Charles Leclerc and Max Verstappen once again exchanged times during Free Practice 1 for the Spanish Grand Prix, and it was the former who eventually landed the first blow of the weekend.

Verstappen was immediately quick around the Circuit de Barcelona-Catalunya, heading straight to the top of the times.

Leclerc edged to within a few tenths a few times during the first half of the session, but each time Verstappen was able to stretch his legs a little further and extend the gap again.

The second Ferrari of Carlos Sainz then became the first man to break the 1 minute 20 barrier on his home track after having fitted the soft tyres.

Verstappen was on course to reclaim top spot with two purple sectors, but came across a traffic jam of slow cars towards the end of the lap which cost him time, with Leclerc then edging out his teammate with a 1:19.828, 0.790 seconds faster than the Spaniard.

Much of the talk in the early stages of the weekend has revolved around two things.

First, the Mercedes updates and whether they will propel the eight-time constructors’ champions back towards the front of the grid. And second, the very familiar look of the new Aston Martin B-car.

Initial signs for the Silver Arrows were good, with the ‘porpoising’ that has blighted the team throughout the start of the season seemingly having disappeared – for now, at least.

George Russell ended the session in fourth, 0.762 behind Leclerc and a couple of tenths ahead of Lewis Hamilton, who was hampered by a faulty DRS flap and an encounter with a slow-moving Fernando Alonso late in the lap.

Alonso would, though, go on to split the Mercedes and please the home crowd by making it two Spaniards in the top five.

Meanwhile, the team formerly known as Racing Point, which in 2020 brought us the ‘Pink Mercedes’, has now seemingly unveiled the ‘Green Bull’.

The design of Aston Martin’s new version of their 2022 machine certainly bears a striking resemblance to the Red Bull, particularly around the sidepod area, and it has been pointed out that a number of team members made their way from Aston Martin to Red Bull at the start of the year.

Lawrence Stroll and co, of course, deny any allegations, and there were no visible signs of an improvement in the times, with Lance Stroll the leading Aston Martin in 12th, over two seconds off the best time.

The session also saw an appearance from a number of ‘young drivers’.

Red Bull’s Jüri Vips ran a different program to his world champion teammate and finished the session last, but Nyck de Vries impressed at Williams, finishing a tenth ahead of the permanent driver on the other side of the garage, Nicholas Latifi.