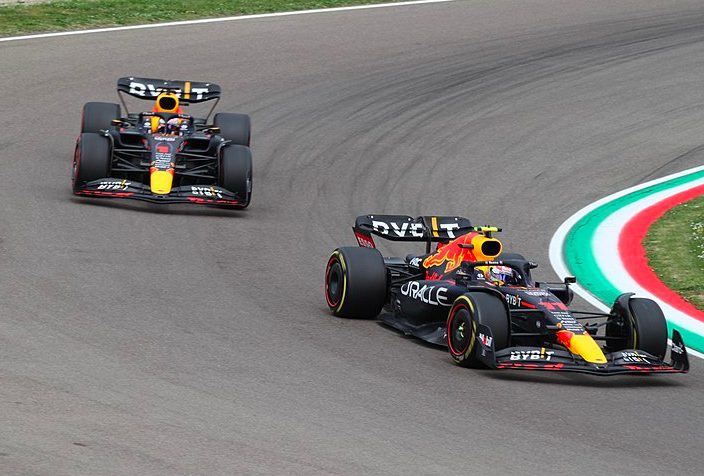 The beginning of a new Red Bull era in F1

With a commanding Max Verstappen, could we be seeing Red Bull dominate F1 once again?

Red Bull has been a force to be reckoned with in this season and last. Could we be seeing signs of a familiar sight in F1?

Exciting times lay ahead for Red Bull fans. With a generational driver and intriguing new investments, the team are looking to replicate their success in the early 2010’s. The Bulls have constantly impressed in the 2022 Formula One season and they won’t be stopping there.

The master and the mentor

Max Verstappen. The name speaks for itself. Verstappen has been breathtaking in the past few seasons, and he is only getting better. At the age of 24, the Dutchman has 28 race wins and 70 podiums. In fact, nearly half of his races (154) have ended with a podium result.

One of Verstappen’s best qualities is undoubtedly his consistency. He hasn’t finished outside of the podium spots, without the car being damaged in any way, since November 2020. To put that in perspective, that’s nearly two years of racing. Red Bull has a serious weapon in their hands.

– And who can forget, he is already a Formula One world champion …

Alongside Max Verstappen, stands the journeyman Sergio Perez. The pair have developed a great relationship together, both on and off the track since the Mexican joined in 2021. In a video from LADbible TV, Checo stated:

“When I win, when Max wins, there is always like, we feel proud of each other.”

Perez has proved to be a perfect teammate for Red Bull’s star prodigy. There were several moments last year which showed just how important teamwork is. Checo’s defending against Lewis Hamilton in the Yas Marina grand prix is a perfect example. He helped Max win the title.

While Perez brings quality to the team, he is also acting as a mentor to his teammate. Checo has driven for five teams in his 11-year career and the 32-year-old will certainly be imparting wisdom to his teammate. This bodes well for Red Bull, who haven’t always had it so easy with their driver’s relationships, and it will definitely help with results.

We’ll let the car do the talking

While it is important to have a strong driver pairing, it is even more crucial to have a quick car. The RB18 has been incredibly fast this year and could be considered as the fastest car on the grid. Only Ferrari has been able to compete with the Red Bull with pace, especially at the beginning of the season.

The past few seasons have seen the Red Bull team hunt Mercedes, and until recently, that was no easy feat. They became quicker and quicker each season, slowly catching up with Lewis Hamilton. Then it was Red Bull’s time to shine as they built a car that was capable of winning the championship.

Now, they just need to continue the development and a brand-new investor will certainly help. There are rumours that Porsche will be looking to take over 50% of Red Bull’s shares. They are also rumoured to be taking over the engine production, relieving Honda of their duties.

It is believed that Porsche will enter the sport in 2026 so the team will have plenty of time to await their arrival. Until then, Red Bull will have more than enough time to make the most of their ‘rocket ship’ cars that Honda have helped build. As a scary thought, Porsche may be able to improve the car even further. If they invest a lot into the team, Red Bull could become even more of a powerhouse.

Is this all starting to sound familiar? If you cast your mind back to 2010, you will remember an incredibly fast Red Bull car and a magnificent driver in its seat. This was a truly dominant era for the team who ended up winning four Constructor’s and Driver’s championships in four years. The rest of the field were just unable to keep up with them.

Sebastian Vettel. The four-time world champion. The youngest driver to ever win a world championship. The man who took Red Bull into the big leagues. Vettel won 83% of the team’s victories in their four title winning seasons, winning 34 races. One of his best seasons, in 2013, saw the German take 84% of the total available championship points with 394.

While Max Verstappen is still a way away from reaching Vettel’s levels, he certainly has the potential to replicate them. If given the car, Verstappen has clearly shown that he can dominate. The Dutchman has guided Red Bull to eight wins this season, that’s around 60% of the total races. If he continues to perform at this standard, Verstappen will be able to dominate Formula One. Just like his predecessor, Sebastian Vettel.

One thing that sets Red Bull apart from the rest, is their youth system. Much like a football team, they have a vast number of drivers in their academy. In the past, they have raised great drivers who have solidified themselves in Formula One. Race winners and world champions, Red Bull are excellent at developing their drivers.

AlphaTauri currently has the highly rated Pierre Gasly and the fiery Yuki Tsunoda as their driver pairing. Both of which are heavily involved in Red Bull’s system. Gasly has even raced for the latter, but he was unfortunately demoted back down after failing to reach the required levels of consistency.

Gasly and Tsunoda are just two of the talented drivers in Red Bull’s books. Liam Lawson, Dennis Hauger and Ayumu Iwasa are all a part of the academy. Each of them, winning Formula Two races this season and showing enormous potential. They will all be hoping to impress Team boss Christian Horner and senior advisor Helmut Marko who oversee most of the team’s decisions.

As Max Verstappen is currently heading towards his second world championship, Red Bull are clearly back to their old ways. While they failed to win the Constructors championship last season, that does not look like the case for this season. They currently sit on 431 points, a whopping 97 points ahead of second-placed Ferrari.

As Mercedes have ended their reign on Formula One, Christian Horner’s Red Bull are set to retake the throne. With Max Verstappen locked in until 2025 and rumoured investments from Porsche in the coming years, it looks like they will hold the throne for a while.

Formula One fans may have to get used to seeing Max Verstappen’s Red Bull cross the line first, as if history repeats itself, it’s going to happen very often.