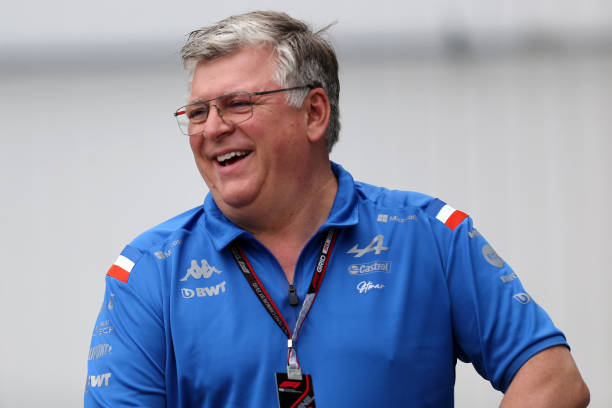 The Alpine drama continues as Otmar Szafnauer has questioned Fernando Alonso’s integrity after the Spaniard’s move to Aston Martin.

Since the summer break, the Formula 1 world has been busy with silly season. Just before the Hungarian Grand Prix, Sebastian Vettel announced that he would be retiring at the end of this year.

Shortly after, Fernando Alonso and Aston Martin announced that he would be joining the British team. This meant Alpine had a seat open, which many assumed would be filled by Oscar Piastri. However, a conflicting social media statement from the Australian says otherwise; Piastri wrote a response to Alpine’s tweet, saying he “will not be driving for Alpine” next year.

In an interview with El Confidencial, Otmar Szafnauer, Team Principal of Alpine, shared his thoughts on Alonso’s exit from the French outfit. After Alonso’s departure, it was released that Szafnauer only learnt about his move to Aston Martin from the press release.

Szafnauer said he believes that he is “a man of integrity and that if [he] commit[s] to something, [he] will do everything I can to make it happen.” He added that he has now understood “that not everyone does things the same way.”

Alonso’s move to Aston Martin comes reportedly after a disagreement with his current team. It was reported that the team offered him a deal he was not happy with. His contract with Aston Martin is a multi-year contract, including an option for both parties to reassess their partnership once each season has concluded.

Szafnauer has explained that he feels one of the key things for Alonso was the “extension of the contract.” He admitted that the deal offered to him by Alpine was a “two-year contract, although it was one plus one.”

The Team Principal went into more detail on why Alpine offered Alonso what they did. Szafnauer said:

“He’s performing at a very high level and I told him that if he continued at that level, next year we would surely continue, we would be crazy not doing it.

“But, as for everyone in life, there comes a time when age affects your psychological abilities, your eyes, your brain, your muscles, your nervous system.”

Szafnauer continued saying Alpine offered Alonso “more money than [they pay] him now” and they “in the end [they] reached an agreement.” However, he has heard in the rumour mill that Alonso has been given “a very high offer” from Aston Martin.

Alonso will be partnering with Lance Stroll next season, but the Alpine seat is still open. With Piastri denying Alpine’s statement and reportedly being in talks with McLaren, there are lots of choices as to who could be joining Esteban Ocon for 2023.