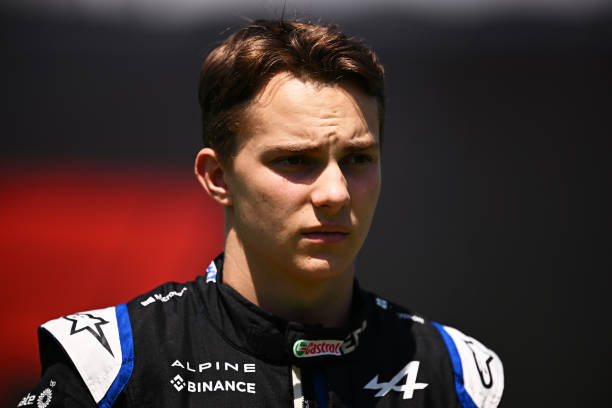 Szafnauer: Piastri exit is “not final” as the Alpine seat is “the most valuable one left”

Otmar Szafnauer has spoken out about the Oscar Piastri drama

Otmar Szafnauer expands his comments about Oscar Piastri and says that the Aussie’s exit from Alpine “is not final”.

Last week, Oscar Piastri made headline news as Alpine announced that he would be driving for the French outfit. This came after Fernando Alonso’s departure as the Spaniard signed a deal with Aston Martin.

Alpine shared a tweet saying “Reserve Driver Oscar Piastri is promoted to a race seat alongside Esteban Ocon from 2023.” A few hours later, Piastri responded on his own social media. He said that the press release was “without [his] agreement” and he “will not be driving for Alpine next year.”

Lots of speculation arose surrounding what this would mean for Piastri, who has reportedly been linked to McLaren. However, Otmar Szafnauer has since spoken about Piastri’s comments.

When speaking to El Confidencial, Szafnauer confirmed that Piastri’s decision to leave Alpine is not concrete. He said: “This is not final yet, it has yet to be decided.”

Szafnauer continued saying that Alpine’s lawyers have told the team that the contract they have with Piastri is a “binding contract.” This means that part of it allows them “to ride Oscar in one of [their] cars in 2023.” Szafnauer then said that clause was the reasoning behind their press release.

The contract, “which [Piastri] signed in November,” also includes another option for 2024 and the chance to loan Piastri. This means there is “the possibility for [Alpine] to ‘lend’ the driver to another team.”

Alpine’s original idea for next season was to retain Alonso for another year and “then a ‘loan’ from Oscar for 2023.” However, that has not happened.

Szafnauer said that once Alonso’s departure was announced they “started to finalise the agreement with Piastri.” Alpine then decided “to put him in [their] car.”

With Piastri denying Alpine’s press release saying he won’t be racing for the French outfit next season, it raised a lot of questions. Szafnauer had commented on Piastri’s potential links to McLaren. He said that he was “not privy” to any deal or talks between the two.

When speaking to El Confidencial, Szafnauer hit out at Piastri and McLaren saying:

“The strategic plan is very good and Piastri knows it. Better even than McLaren’s.”

Despite recent events, Szafnauer still believes that Piastri will be racing for Alpine next year. He said that “there should be some loyalty to the fact that we have invested literally millions and millions of euros to prepare him.” He added that he doesn’t “understand” fully Piastri’s reasoning behind his statement.

But, Szafnauer did say, that he thinks Piastri will be in the car next year. He said: “And if Piastri isn’t in the car – which I think he’s going to be – because Fernando is out, I have 14 phone calls from drivers who are interested.”

He ended his statement, saying: “the Alpine seat is the most valuable one left.”

No news has been released about what will be happening to Piastri and where he’ll end up. If he doesn’t race for Alpine but remains in Formula 1, it begs the question of which team he will join and who will be out of a seat?