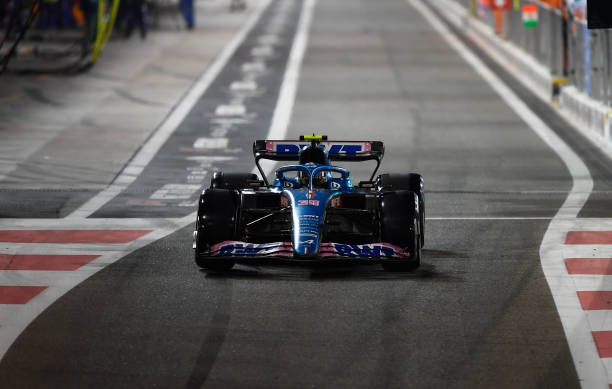 The team beat McLaren to fourth in the 2022 championship, although maybe not by the margin they should have. The car seemed fairly unreliable throughout the year, with a frustrated Fernando Alonso claiming to have lost over 60 points to reliability issues.

In the end, Alpine finished 342 points behind Mercedes, which is a deficit that even flawless reliability couldn’t have made up. But while the team managed to make it work this year, they know they can’t afford to keep having these problems next season.

According to Szafnauer, they won’t have to. He believes that Alpine will have their reliability issues, mostly stemming from their powertrain, under control for 2023.

“I think fourth is probably where we deserve to be,” the team principal told Racer. “We should have had a few more points than we do, we had some reliability issues so not really on performance, and I look forward to fixing those next year because they’re allowed to be fixed from a powertrain perspective. You can make those changes.

“We should have a more reliable powertrain next year even though some of the issues we had weren’t really with the powertrain, they were with the ancillary bits. We have to redesign those and fix them”

The new regulations came into effect in 2022, and now teams are limited with how much they can change for next season. All the same, Szafnauer is confident that they can still fix the issues with the Alpine A522.

“I think if we can do that with the powertrain being frozen – and I have every confidence that we will – then I think we’ll naturally score more points. Had we been reliable all year, you probably heard Fernando say ‘I’d be 60 points down the road’ or whatever it is. I don’t know how many it is but it’s definitely a significant amount, double digits, so instead of [14] points ahead we could be 70 ahead, something like that.

“So if we just do that and the performance level stays relatively the same we should be further up the road. But we also want to take a step in performance, and it’s harder to do on the powertrain because it’s frozen, so you have to do it by understanding the chassis, doing a better job on chassis engineering, having two drivers that can continually score. So that’s our focus.”

With Alonso moving to Aston Martin for 2023, Alpine will have an all-French lineup in Esteban Ocon and Pierre Gasly. Hopefully, for the team, they’ll be able to fix their reliability issues and have a more productive fight next season.