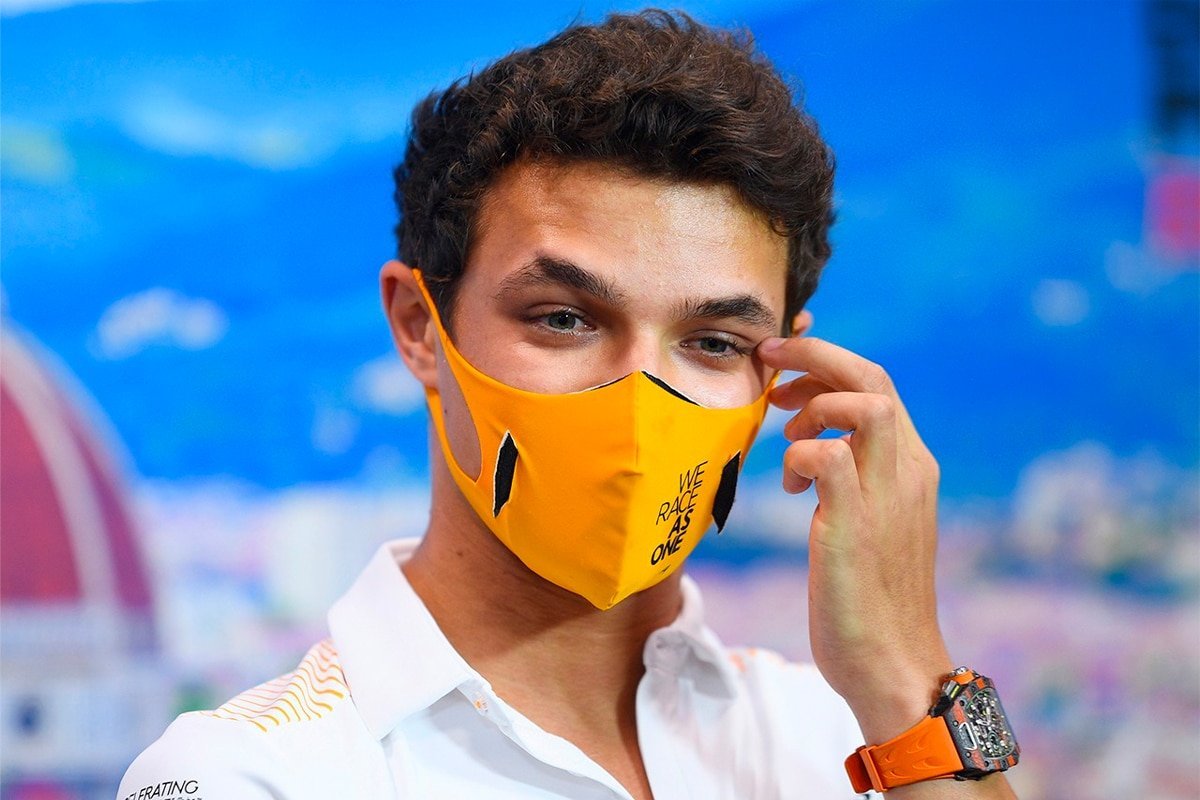 A suspect has been arrested following the incident involving Lando Norris after the Euro 2020 final at Wembley.

The McLaren star was heading back to his car at full-time, when he was mugged of his watch, leaving him shaken but thankfully unhurt.

A 24-year-old man from Liverpool has been arrested on suspicion of robbery. He is currently on bail with a return date around the middle of August.

Norris admitted that the incident left him shaken and unable to sleep properly in the days leading up to the British Grand Prix. The young Brit said he had a lot of work to do mentally. Hopefully, a fantastic P4 at Silverstone boosts his morale heading into the rest of the season.

One man claimed to have captured what happened on his dashcam, and the police have appealed for him to come forwards. Metropolitan Police detectives are “very keen to speak to this person and to obtain any footage he has” the process is not helped by the fact that the individual “left before providing his details”.

A police statement said: “They [detectives] would also like to speak to anyone else who witnessed the incident. The car park was busy, with the match having finished just a short time before, and it is likely others saw what happened or got it on camera.”

Ricciardo Is Ready To Resume The Right Racing Style

The watch in question was a ‘Richard Mille’ thought to be worth around £40,000 due to the lack of models in circulation.

Formulanerds want to wish Lando all the best going forwards and hope this incident doesn’t affect him long term.